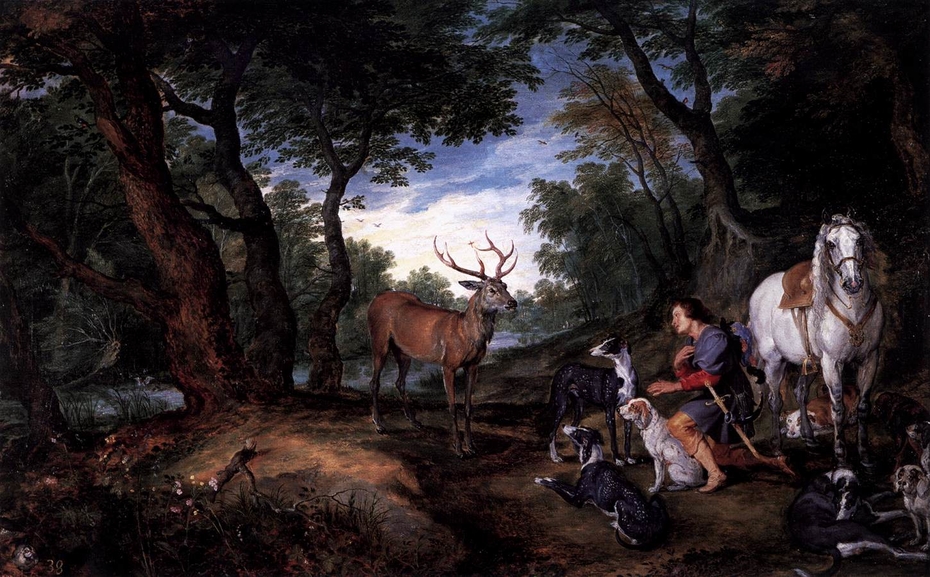 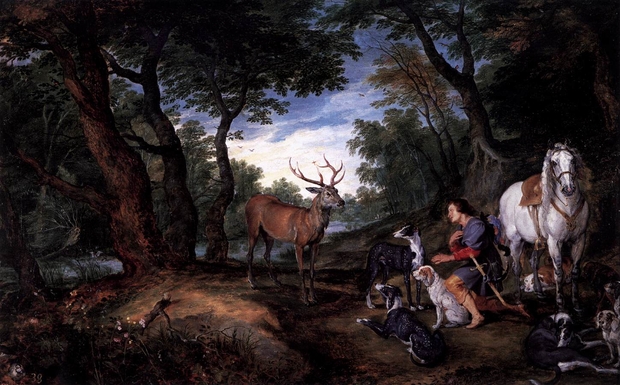 The Vision of Saint Hubert

1617 - 1620
Legend has it that Saint Hubert encountered a magnificent buck while hunting. When he tried to kill the animal, he saw a cross appear between the animal´s antlers. That is when he took the Christian faith. This story is identical to that of the conversion of Saint Eustace, with whom this painting has been related at times. Saint Hubert lived in Liege, in the Low Countries, and his conversion was more broadly represented by Flemish painters, often as a pretext for the depiction of a magnificent landscape, as is offered by Brueghel here. This work is the result of the friendship and artistic collaboration of Brueghel with Rubens, who painted the figure of the saint. This work belonged to the Marquis of Leganés, who gave it to Felipe IV in 1655.