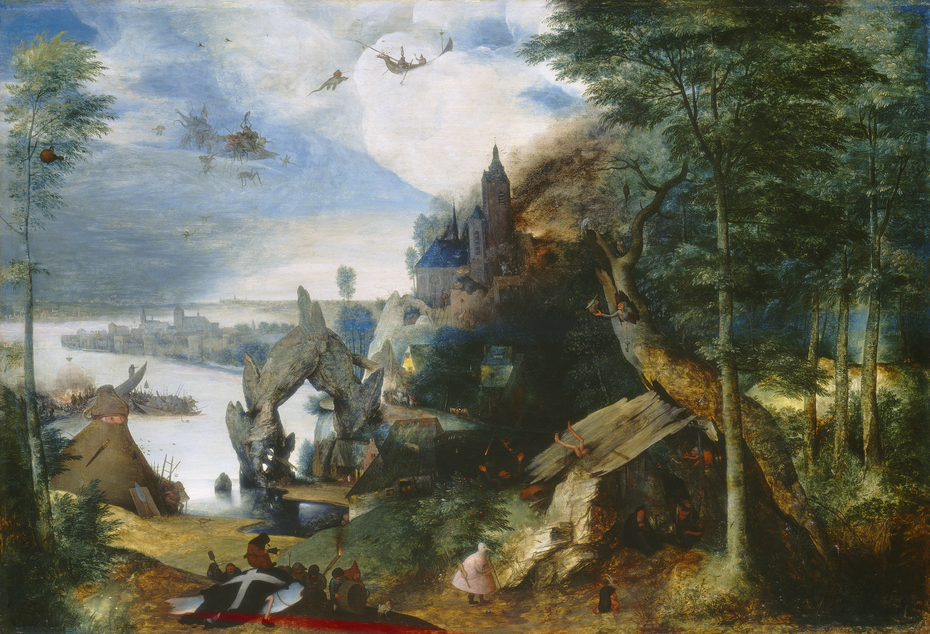 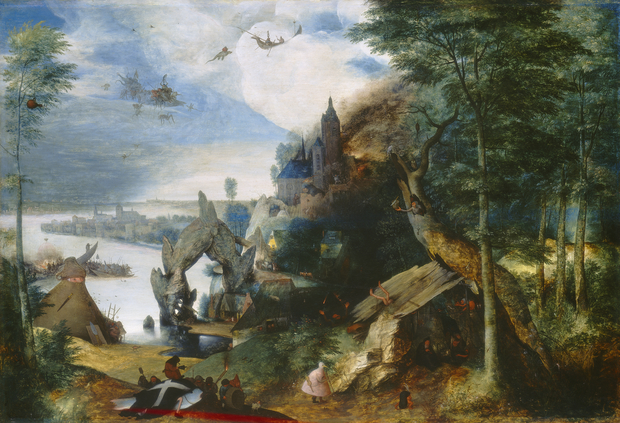 The Temptation of Saint Anthony

1550 - 1575
Legends of Anthony Abbot relate how the pious early Christian, forsaking society, journeyed into the wilderness to seek God. Anthony appears twice in this painting; in his foreground retreat, he resists the Devil's manifold temptations. After failing to yield to the evil lures, he is shown again being physically tortured while carried aloft by demons. Yet, the saint was saved by the purity of his soul.

The religious subject is presented in a revolutionary fashion; generations of earlier artists had tended to treat landscape as an unobtrusive backdrop of secondary importance, whereas now the landscape dominates the subject to such an extent that the temptation of Saint Anthony seems only incidental. This change of emphasis marks an important advance toward the development of pure landscape painting, in which Pieter Bruegel the Elder was an instrumental figure. Already, that delight in the natural world is apparent here in the shadowy depths of leafy forests, contrasting with open vistas of waterways, villages, and towns bathed in pearly light.

Perhaps the juxtaposition of a peaceful landscape with the temptations and attacks of demons was a subtle statement by this Bruegel follower on the political and moral brutalities of his time. Possibly Saint Anthony is meant allegorically to represent Everyman caught up in a world gone mad.

More information on this painting can be found in the Gallery publication Early Netherlandish Painting, which is available as a free PDF