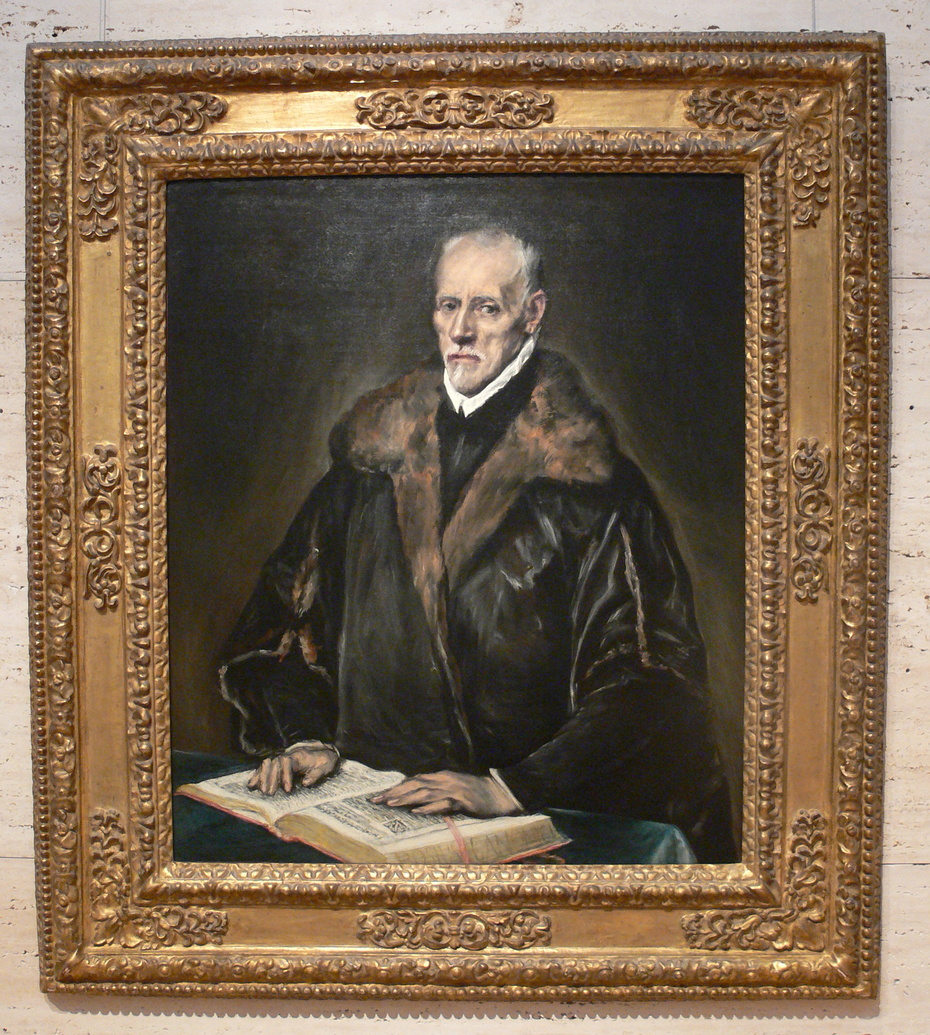 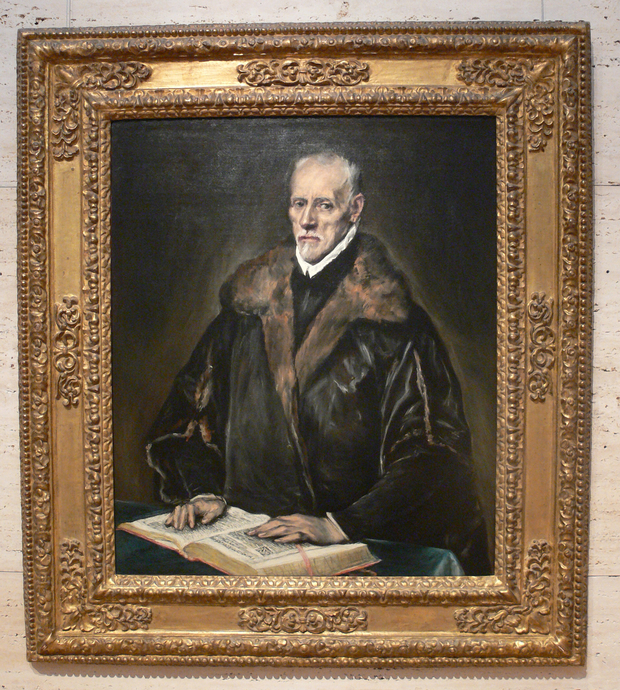 1610 - 1614
The painter known as El Greco (“the Greek”) was born Domenikos Theotokopoulos in Crete, then a territory of the Venetian Republic, where he trained as an icon painter. Talented and ambitious, he left Crete around 1568 for Venice, and later Rome. In Italy he studied the coloring and light of the Venetian masters, the figures of Michelangelo, as well as the grace and dynamism of the Emilian artists, all of which informed his own highly original style. In 1577, El Greco departed for Spain and settled in the city of Toledo. He was patronized there by members of the city’s wealthy and educated elite. This portrait, which dates from the last period of El Greco’s career, attests to the artist’s profound gifts as a portraitist, which were praised since his years in Italy and remained undiminished in old age. The sitter is Dr. Francisco de Pisa (1534–1616), an important Toledan cleric and official historian of the city, who in 1610 expressed the intention to endow the Convent of the Purísima Concepción de Nuestra Señora, also known as the Convent of the Benitas. A portrait of Pisa probably identifiable as the Kimbell painting was bequeathed by him to the convent and recorded there in 1616 and 1623, along with other paintings by El Greco.