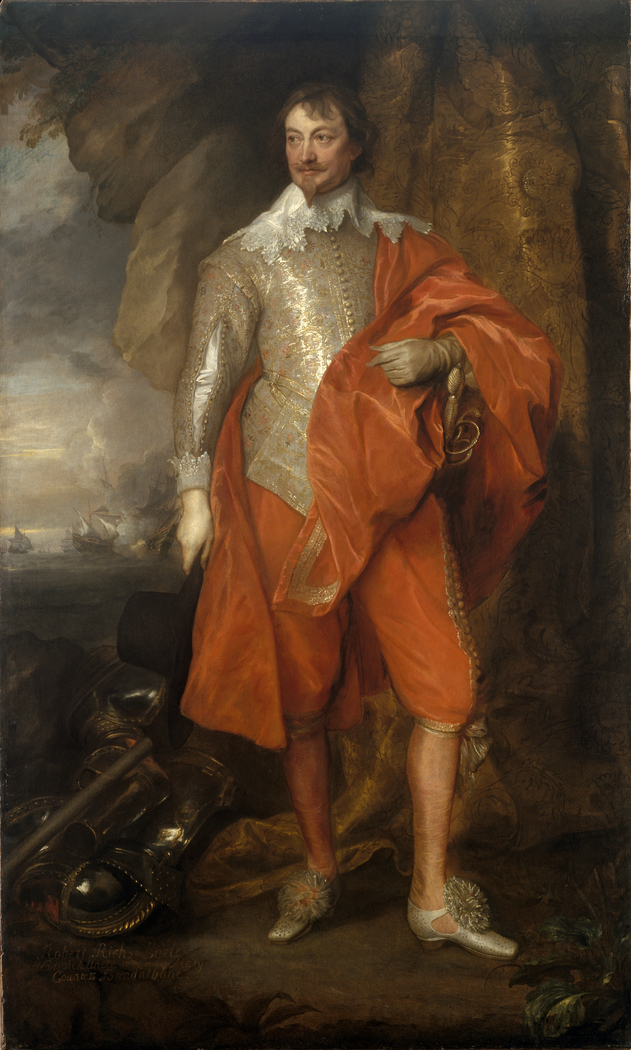 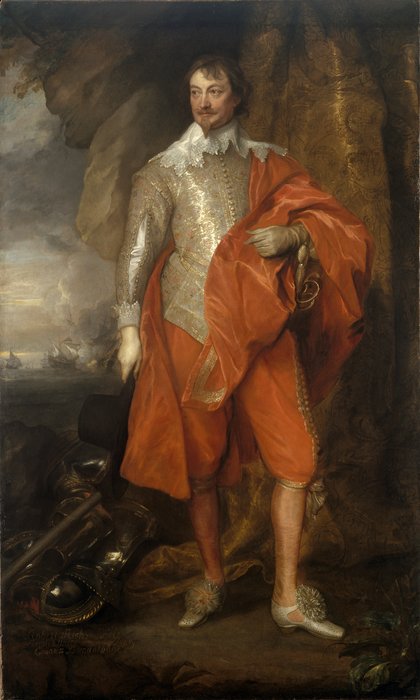 A Puritan sailor of fortune, the first earl of Warwick set up companies in Virginia and the Caribbean, helped colonize Connecticut, Massachusetts and Rhode Island, and seized Spanish ships on behalf of the Duke of Savoy and Charles I. The latter’s policies made Warwick side with Parliament as commander of the navy (from 1642). Despite allusions to his maritime adventures in the armor and ships, Warwick wears the everyday dress of an aristocrat and the witty smile for which he was known.

License:
Courtesy of The Metropolitan Museum of Art
For more:
http://www.metmuseum.org/art/collection/search/436256