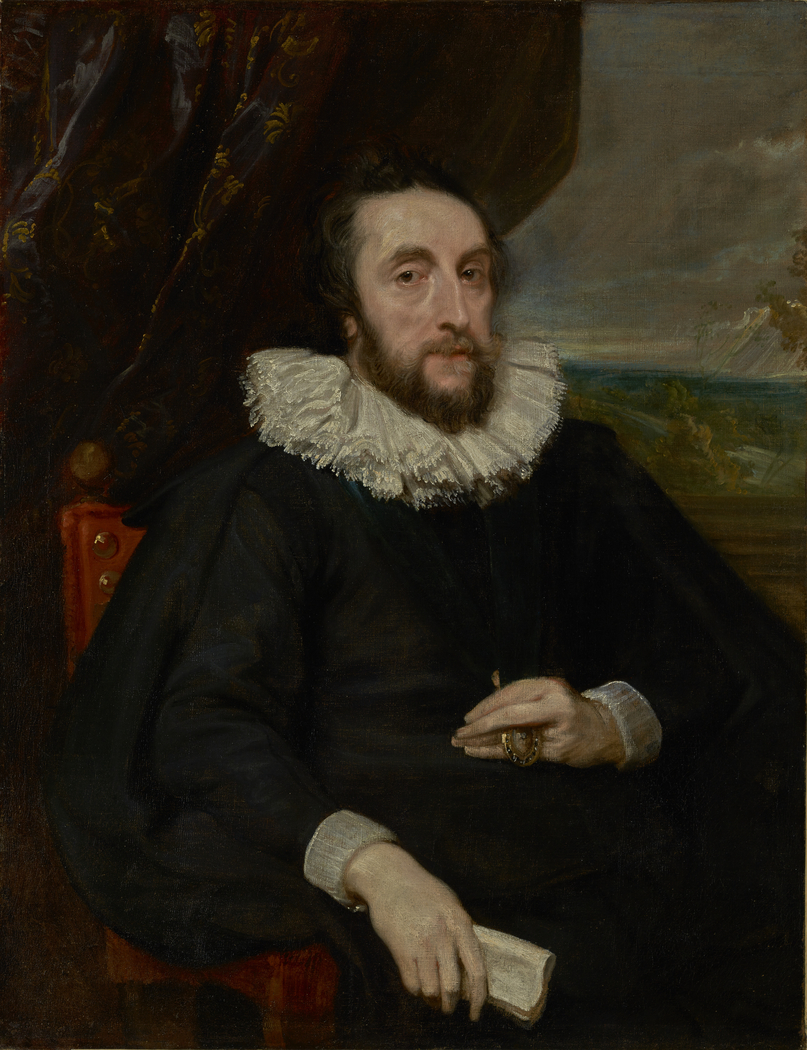 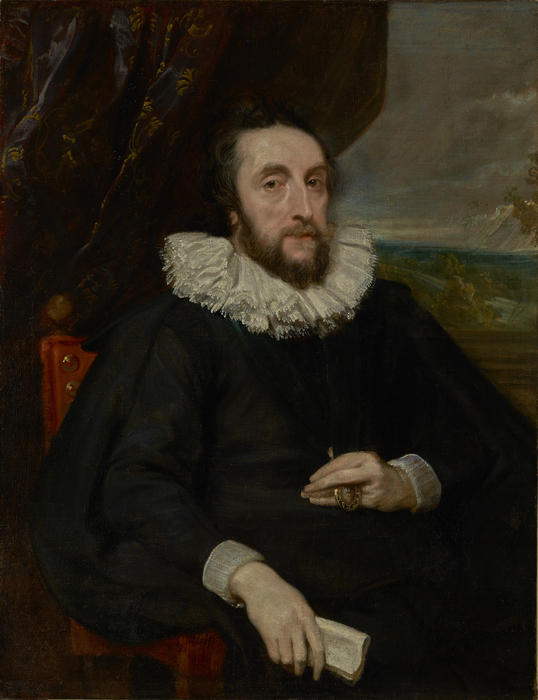 1620 - 1621
Depicted three-quarter length, the Earl of Arundel sits before a tapestry curtain on the left and a landscape background on the right. The long, tapering fingers of his left hand hold the gold medallion of Saint George, one of the emblems worn by the twenty-four knights who made up the most eminent and noble circle around the king. His elongated, pale face contrasts with the white ruff around his neck and the scarlet chair upon which he sits. Turned slightly towards the viewer, the expression on Arundel's face is alert but reserved.

Arundel was one of the great patrons and collectors of art in England in the early 1600s. He was best known for his collection of Venetian paintings, which included works by Titian, Tintoretto, and Veronese. During a brief first visit to London around 1621, Anthony van Dyck was commissioned to paint this portrait for Arundel, who recognized the young artist's talent.