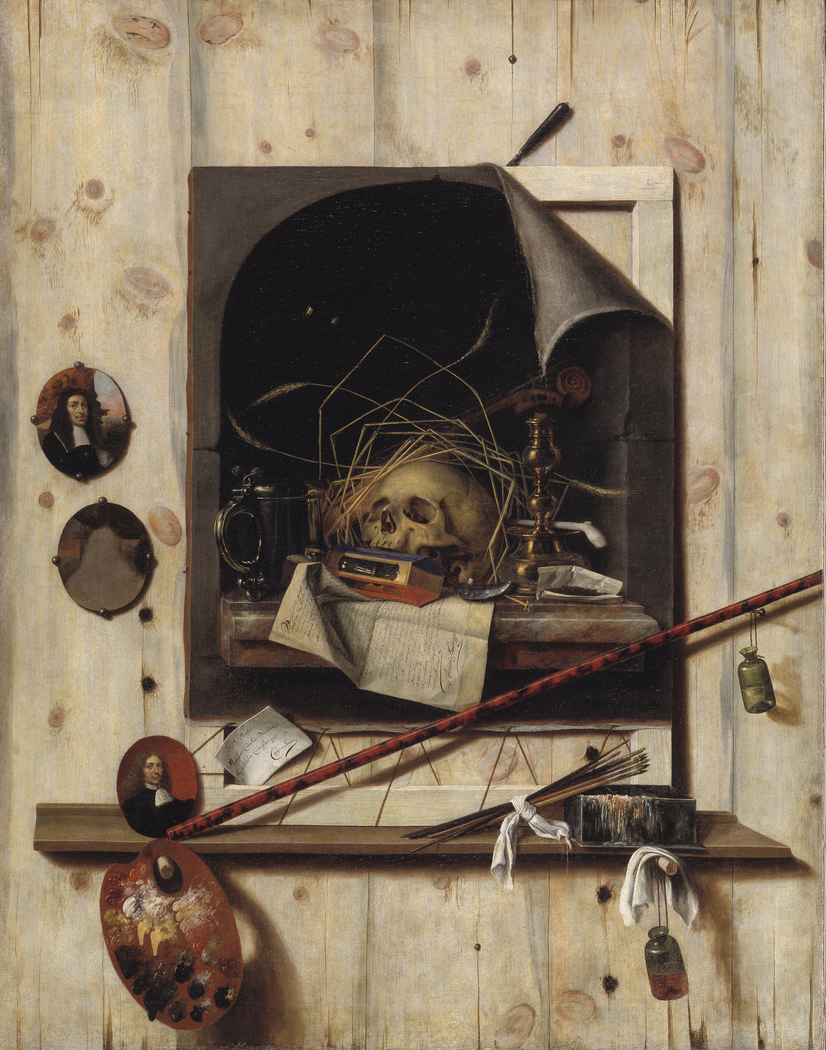 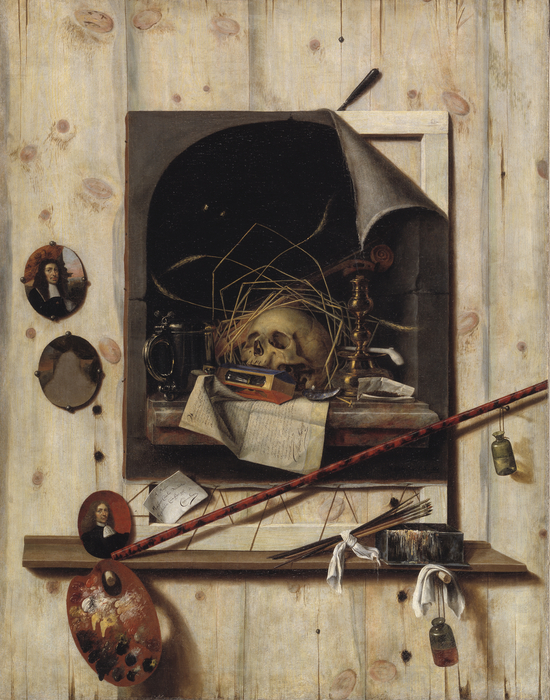 1668
In addition to the signature ”C. N. Gysbrechts, F.A.O. 1668” the painting also bears the painter’s “calling card” in the form of a note bearing the address ”A Monsuer / Monsuer Cornelius Norbertus / Gijsbrechts Conterfeÿer ggl. In. / Coppenhagen.”

A vanitas still life
The painting shows a wooden wall with a canvas mounted on a temporary stretcher resting on a shelf that also bears the painter’s paraphernalia. The canvas shows a still life with symbols of death and resurrection, a so-called vanitas still life.

Trompe l'oeil (deception of the eye)
During his four-year sojourn in Copenhagen Gijsbrechts created an extraordinary series of paintings that aimed to convince spectators that they were facing real, three-dimensional objects rather than flat paintings. The genre is called trompe l’oeil (deception of the eye) and is typical of the Baroque style with its predilection for witty illusionism, metaphor, and allegory. The genre was also popular in the rest of Europe where princes and monarchs used such paintings to amuse diplomats and distinguished guests with their clever deceptions.