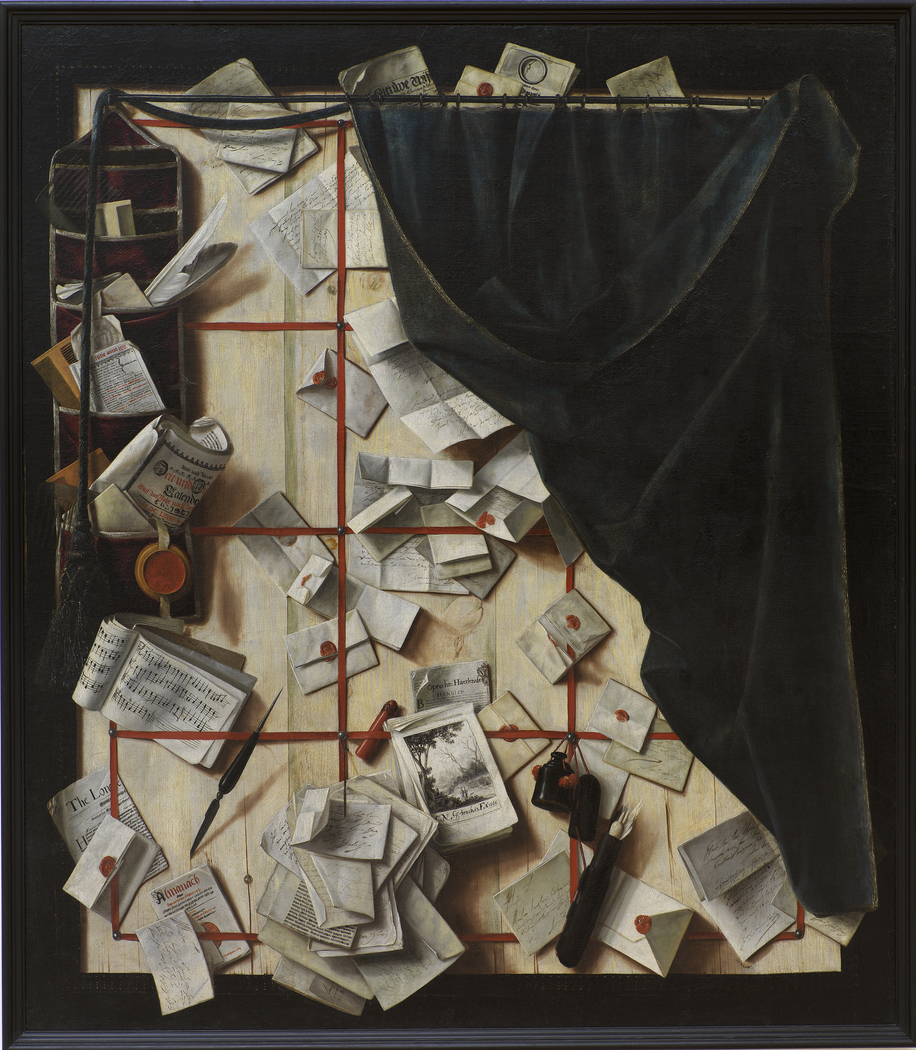 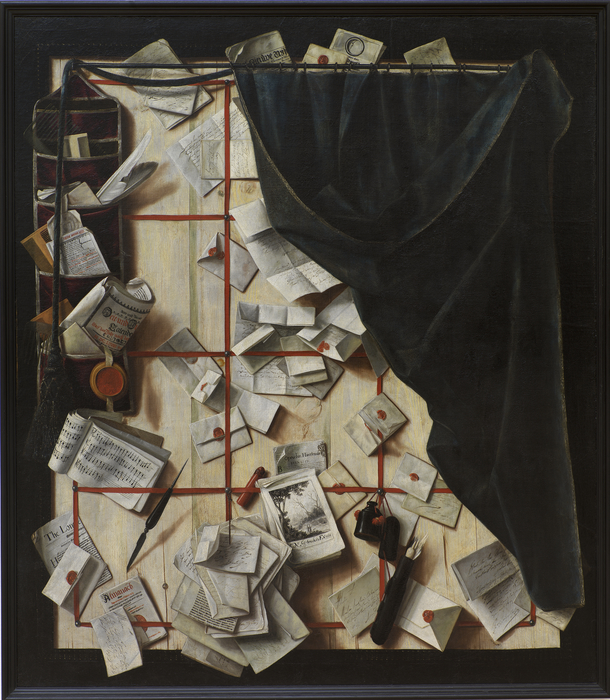 Trompe l'oeil. Board Partition with Letter Rack and Music Book

1668
This work shows us what a 17th century pin board looked like. You could even say that the painting is one of the pin boards of that time, because the purpose of the painting was mainly to lead the spectator to believe that he or she was standing in front of one of these boards, also known as letter walls.

This work is, as a large portion of Gijsbrecht’s oeuvre, painted as a trompe l’oeil, an illusion, made to trick the spectator into believing that the objects are real and three-dimensional rather than flat and two-dimensional.

Because the letter walls were used to create the contour of an identity, they have often been used as an alternative portrait painting, where the person him/herself is absent and is instead described by an accumulation of objects.