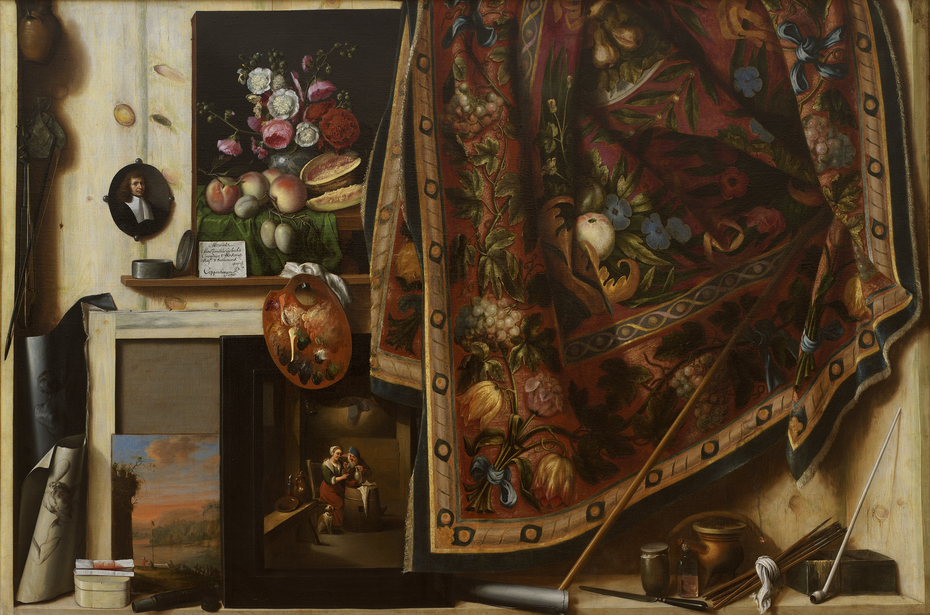 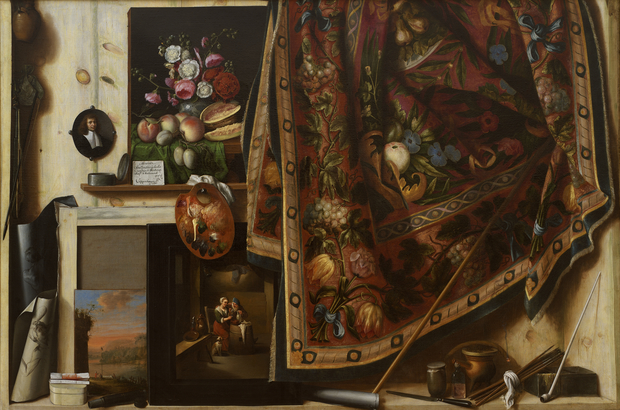 Trompe l'oeil. A Cabinet in the Artist's Studio

We don’t know when he was born or when he died, neither do we know anything about his familial relations or his educational background. We don’t know which town he came from, but Antwerp is the most likely.

It describes Gijsbrechts as an artist
In the help of paintings, painter's tools and a flower-patterned table-cover in the artist's studio, Gijsbrechts describes himself as an artist, the way he wishes to be known to the world.

Self portrait
We don’t know of any traditional self portraits from Gijsbrechts’ hand, but similar portraits can be seen in other paintings of his studio, so we know with relative certainty that the portrait is of Gifsbrechts. With this self portrait, Gijsbrechts points out that this studio painting is about himself and not any other artist.

Alive and kicking
The reference to himself is substantiated by the note on the shelf below the portrait, addressed to “den kongelige konterfejer Gijsbrechts i København” (Royal Portrait Painter Gijsbrechts in Copenhagen): “Monsieur/Mons Cornelius Gijsbrechts/Contervijer v. Ihr Königl/Mayt von Dannemarck/Copenhagen”.

In this way he also drives home the message that he’s a court painter. Furthermore, the dripping paint on the hanging palette indicates that the artist is close by and actively creating. So even if he isn’t physically present in the painting, there’s no doubt that the artist is alive and kicking.