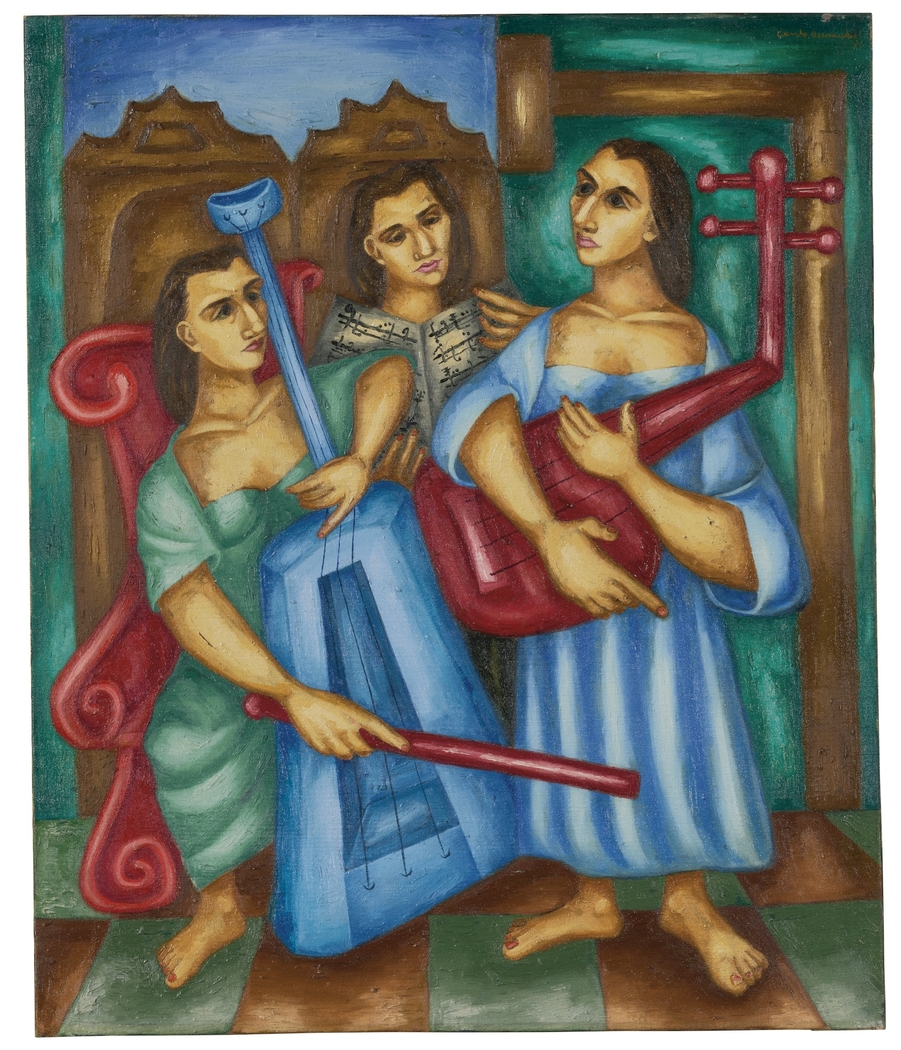 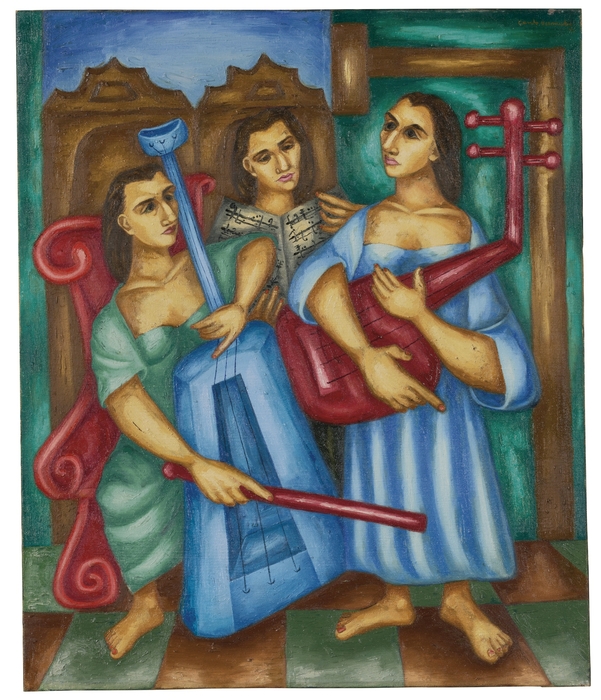 1943
oil on canvas
30 1/4 by 25 in.
76.8 by 64.1 cm
“One of the painters who has contributed most brilliantly to the historical panorama of modern Cuban painting is Cundo Bermúdez [….] Most of the scholars who have written about the art of Bermúdez have concentrated on his cubanidad or Cuba-ness. Indeed among the most apparent aspects of his diverse oeuvre are the forms and colors of Cuban architecture, its decorative elements and the vivid suggestions of indigenous floral forms. In addition, in many of the works of Bermúdez there are strong suggestions of the powerful musical heritage of the nation, based to a great degree on Afro-Cuban rhythms”. Edward Sullivan,1999 source: Sotheby's

License:
Image may be subject to copyrights
For more:
http://www.sothebys.com/en/auctions/ecatalogue/lot.28.html/…