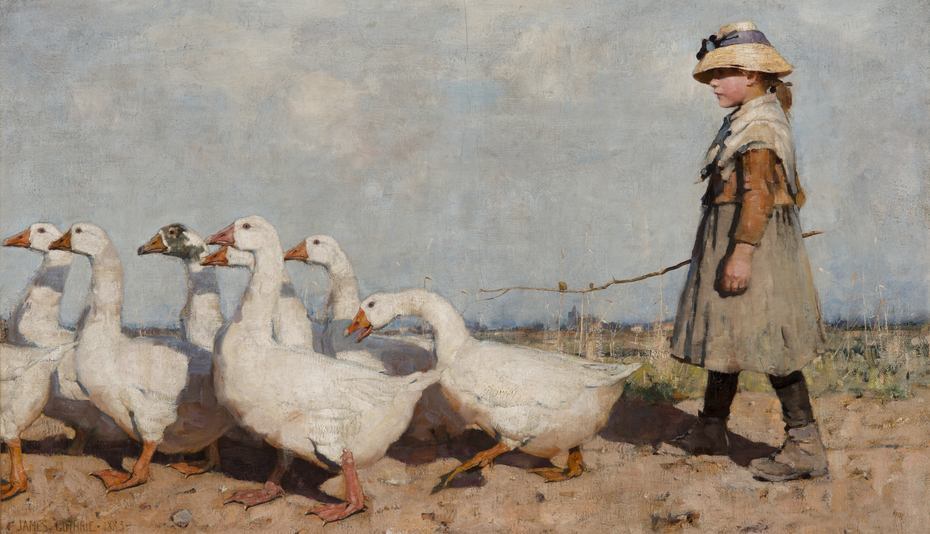 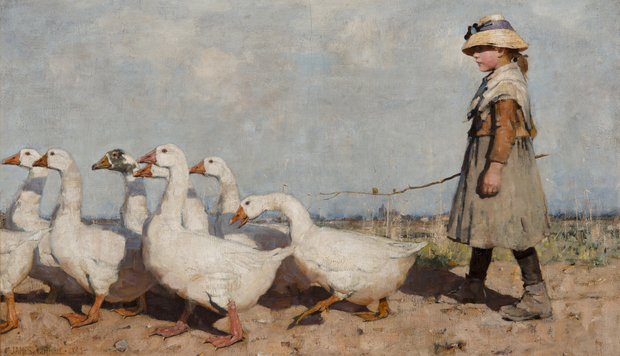 1883
To Pastures New is today considered to be one of the key pictures of the so-called 'Glasgow Boys', the group of young painters who, in the 1880s, were deeply influenced by French Realism, and by Millet and Bastien-Lepage in particular.

The setting for this painting is Crowland, in the flat fenlands of Lincolnshire. In spite of the modest subject matter the ponderous birds and their herd-girl have, through the artist's handling of them, achieved the monumentality of a processional frieze. This impression is emphasised by the dominant horizontals, the proportions of the picture and the placing of the figures in the extreme foreground.

License:
All rights reserved. Exhibited on USEUM with the permission of the rights owner.
For more:
https://vimeo.com/125666782