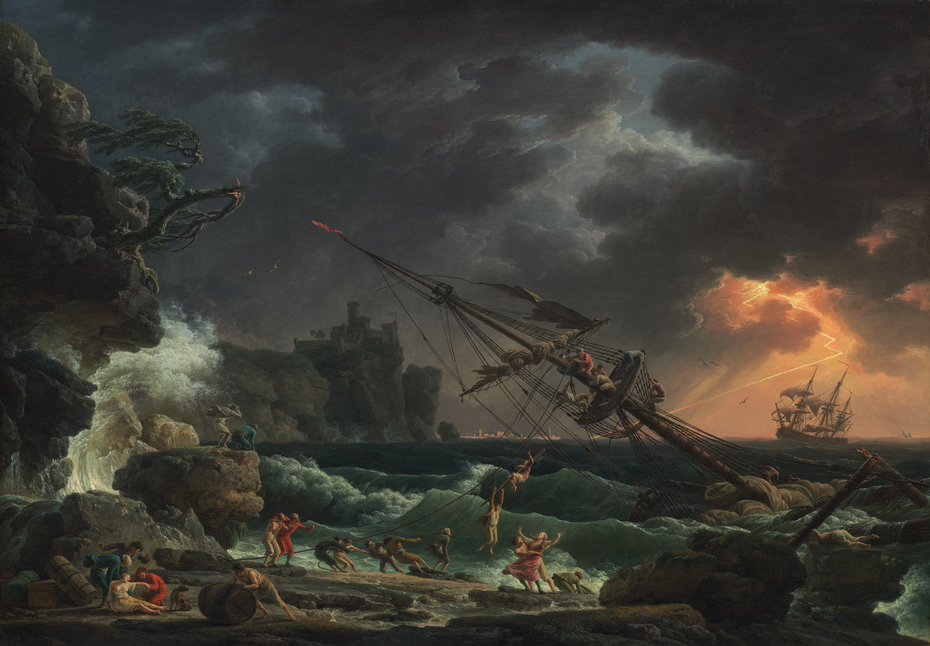 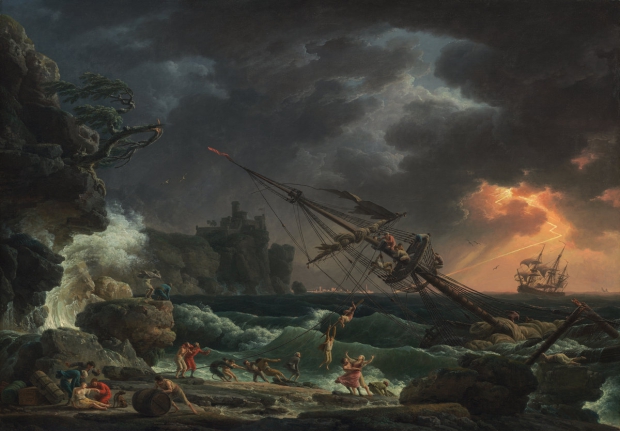 The Shipwreck epitomizes the type of marine subject for which Vernet was best known. It was commissioned, along with a pendant Mediterranean Coast by Moonlight (location unknown since c. 1955), by Lord Arundell in November 1771. The Shipwreck formed a dramatic contrast with the peaceful, moonlit coast scene, illustrating respectively the "sublime" (eliciting a sensation of horror in the spectator) and the "beautiful" (an agreeable and reposeful sensation), concepts that were much discussed in aesthetic discourse of the day. A ship flying a Dutch flag has foundered on a rocky seashore during a dramatic storm. Wind crashes the waves, bends a tree to breaking point, and sends clouds scudding across the sky, while a red zigzag crack of lightning illuminates a harbor town farther along the coast. Survivors from the wreck are distraught, exhausted, or just grateful to have clambered ashore. As the ship takes a final lurch against the rocks, desperate survivors slide down a rope in an attempt to reach the land. Shipwrecks were a real travel hazard in the 18th century, similar to automobile and plane crashes in our own time. Vernet painted the scene with lively brushwork, corresponding to the various effects of clouds, waves, and foam; his figures, however, were carefully and precisely rendered.

(Text by Philip Conisbee, published in the National Gallery of Art exhibition catalogue, Art for the Nation, 2000)