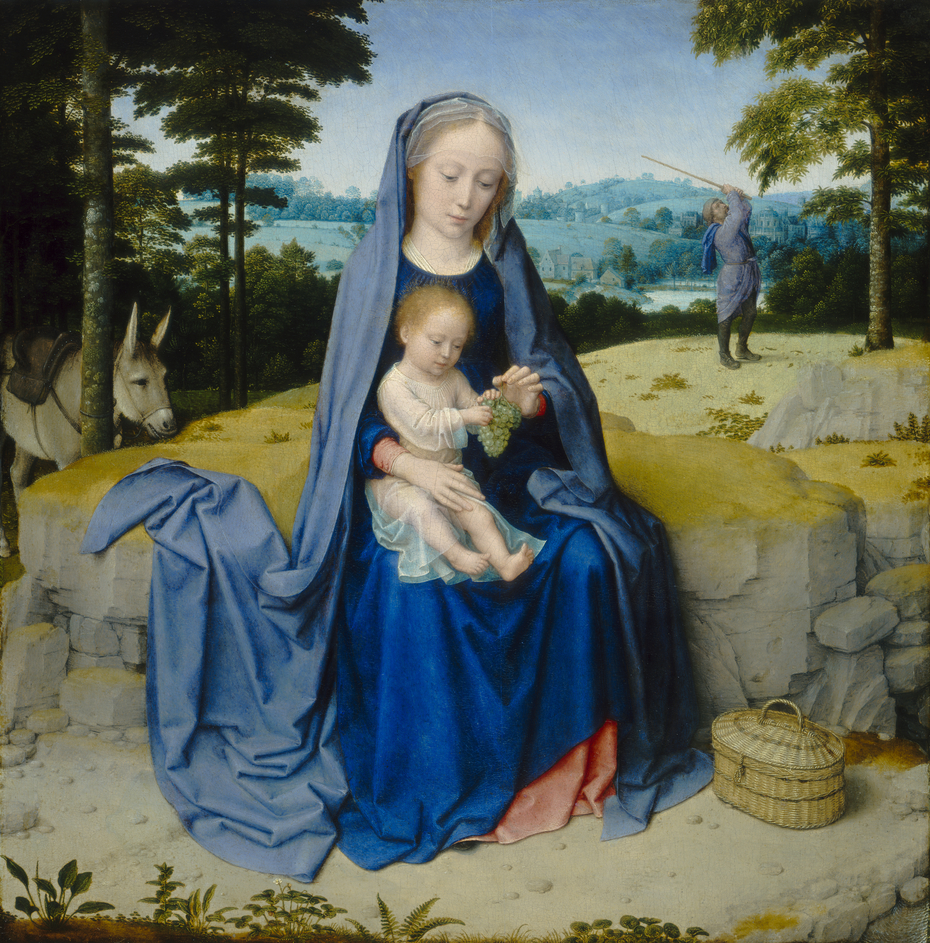 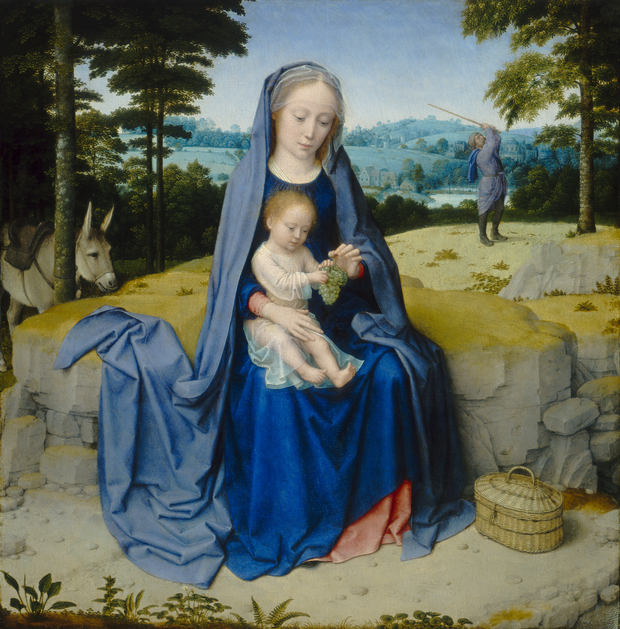 The Rest on the Flight into Egypt

1510
The short biblical account of the Flight into Egypt (Matt. 2:13–14) was elaborated upon by Early Christian and medieval theologians. In one of these apocryphal legends, the weary family paused during their journey after three days of travel. The Virgin longed for food, but the date–palm branches were too high for Joseph to pick any fruit. Thereupon Jesus commanded the tree to lower its branches. David deemphasized this miracle by giving Joseph a sturdy stick and by replacing the date palm with a Flemish chestnut tree, but a sixteenth–century audience would have remembered the apocryphal story. There are also indications of the special significance of the family: the Madonna wears robes in her symbolic colors of red and blue; fine rays of golden light emanate from the mother's head and that of the child; and the bunch of grapes held by the Madonna is a well–known symbol of the Eucharist.

David created a mood of calm equilibrium. The Madonna and Child are centrally placed, while receding diagonals and alternating bands of light and dark skillfully lead back into the landscape and harmoniously relate the figures to their surroundings. The predominance of the restful color blue throughout the composition unifies the work. All in all, The Rest on the Flight into Egypt is one of Gerard David's loveliest and most peaceful creations.


Note by the contributor, Emily Wilkinson:
This painting depicts the apocryphal scene of the Rest on the Flight to Egypt. The holy family pause to recover on their journey. Mary, in virginal blue, is in the foreground with the infant Christ. In the background Joseph harvests chestnuts for food.