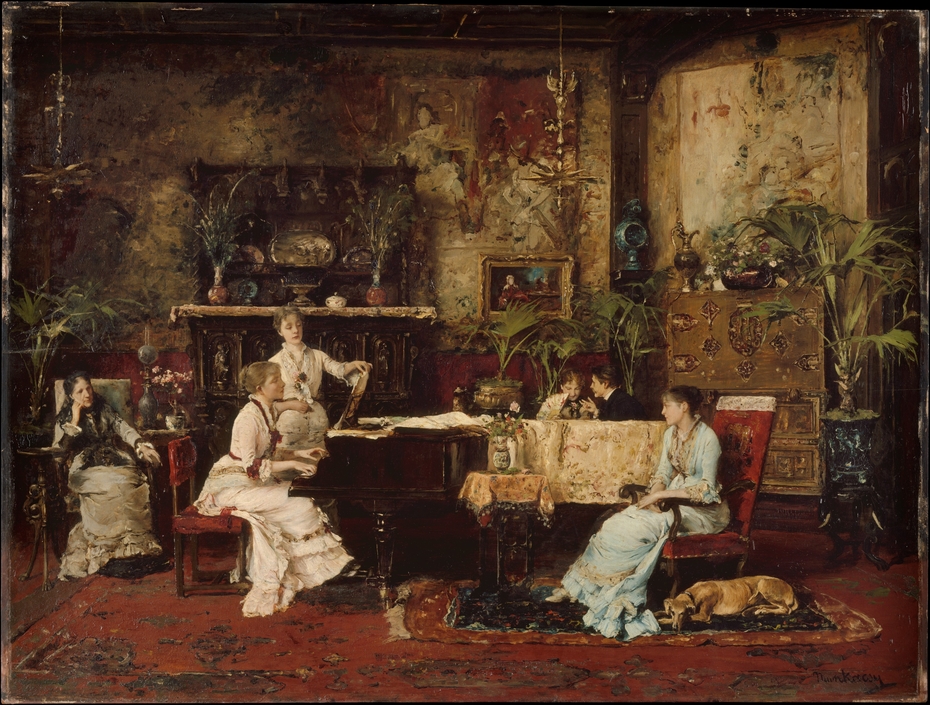 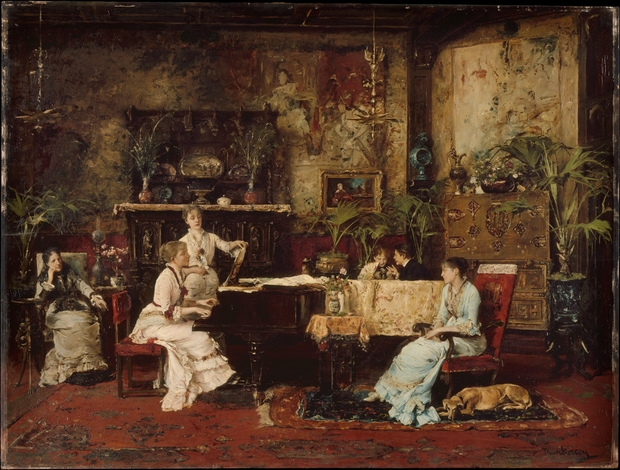 1878
In 1874, two years after he settled in Paris, Munkácsy married the titled widow of a French general. The room depicted in this painting was in their richly decorated apartment on the Avenue de Villiers. Here musical gatherings were held, and occasionally fellow Hungarian Franz Liszt performed. Munkácsy's Parisian residence, a meeting place for fashionable society, was the setting for a large number of pictures painted between 1878, the date of this work, and 1887. (Source: The Metropolitan Musuem of Art)

Notes from the contributor:
Bequest of Martha T. Fiske Collord, in memory of her first husband, Josiah M. Fiske, 1908