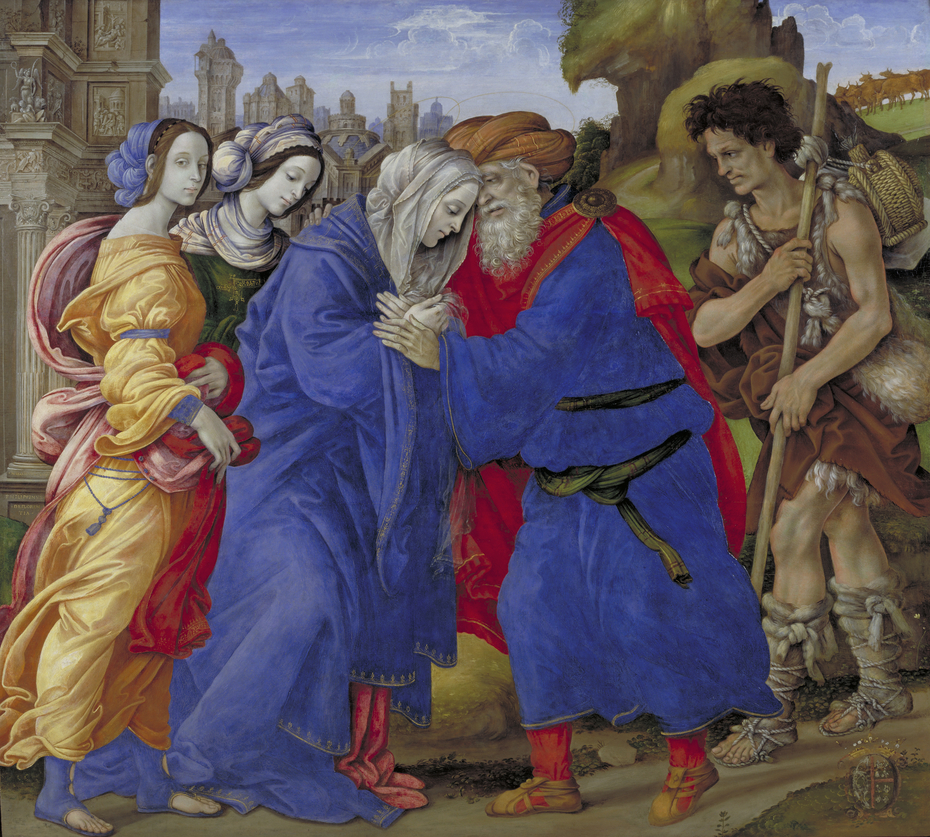 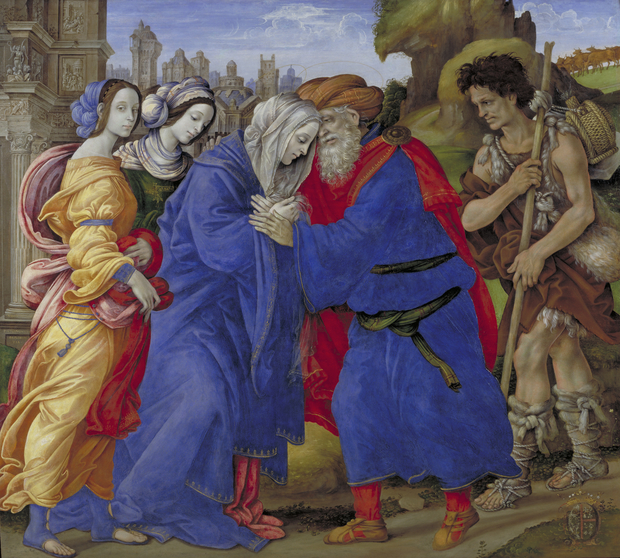 1497
Filippino Lippi first studied under his father, Filippo Lippi (1406-1469), and subsequently under Sandro Botticelli (1445-1510), whose influence is evident in the elegant figures and the linear style. The painting, which belongs to Lippi’s mature period, depicts a scene from Jacopo da Voragine’s (c. 1230-1298) Legenda Aurea (The Golden Legend).

The motif
We are brought into the story by a young handmaiden whose gaze meets ours directly. Mary’s parents are seen in a tender embrace, finally reunited after a long period of separation. The legend recounts how Mary was miraculously conceived at the moment of the couple’s embrace.

Lippi's interest in classical Antiquity
Being a true Renaissance artist, Lippi was as interested in classical Antiquity as Andrea Mantegna (1430/31-1506). In this painting, his interest is evident in e.g. the Corinthian columns and reliefs of e.g. the Golden Gate. The rest of the architecture in the background Lippi painted in a more medieval style referring to his home town of Florence, often referred to as a new Jerusalem at the time. Lippi’s Florentine roots are also demonstrated in the signature written in gold on the sill of the Golden Gate: ”PHILIPPINUS DE FLORENTIA”.

License:
Courtesy of the National Gallery of Denmark
For more:
http://www.smk.dk/en/explore-the-art/highlights/filippino-l…