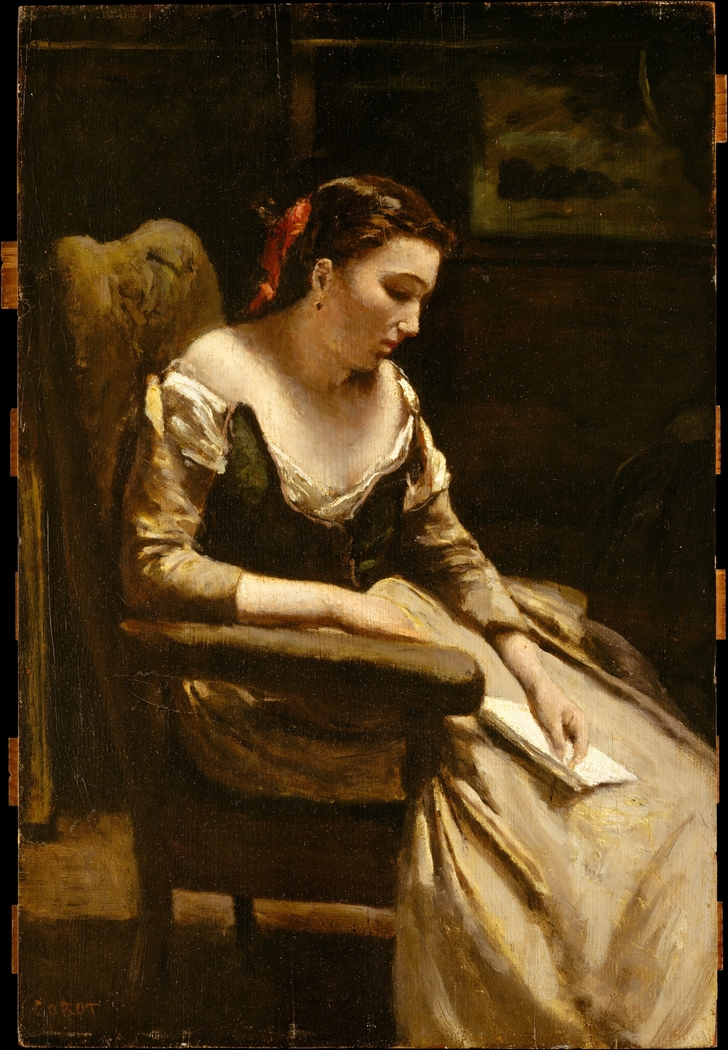 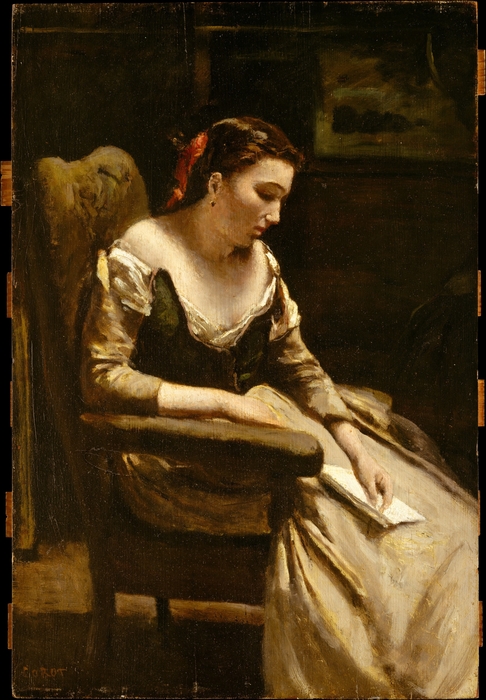 1865
This work owes much of its character to the precedent of the eighteenth-century French painter Chardin. Yet the motif and handling also reflect an awareness of seventeenth-century Dutch painting, particularly Vermeer and de Hooch, whose works Corot could have seen during a trip to Holland in 1854. This picture was probably painted around the time Vermeer’s art was enjoying a revival of interest. (Source: The Metropolitan Museum of Art)

License:
Courtesy of The Metropolitan Museum of Art
For more:
http://www.metmuseum.org/art/collection/search/435976