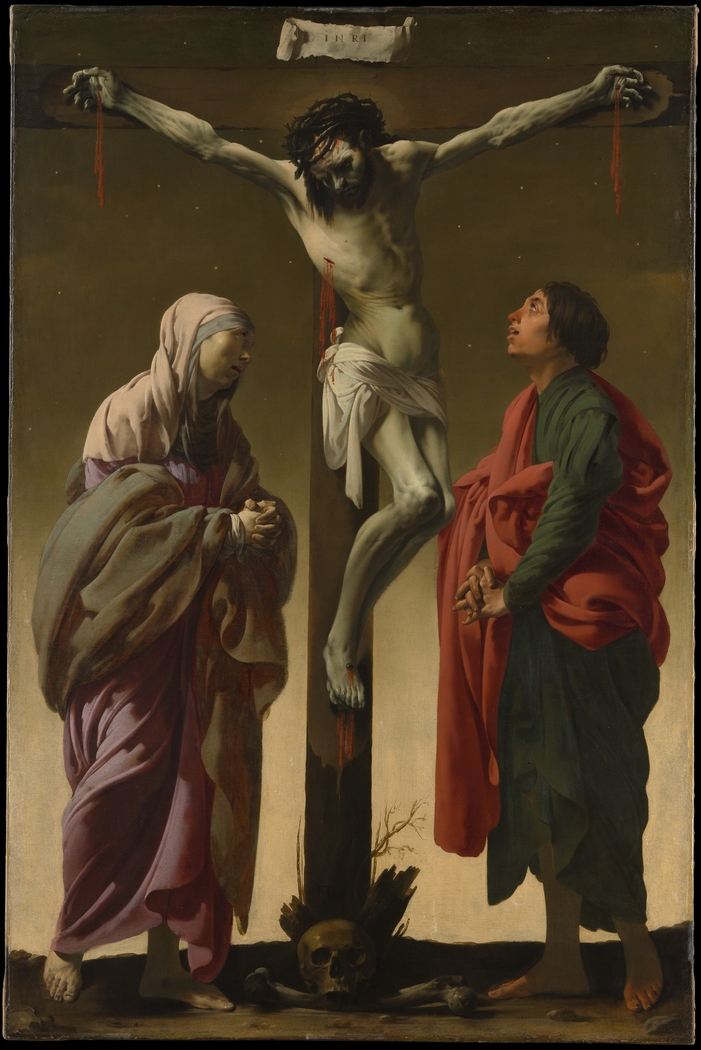 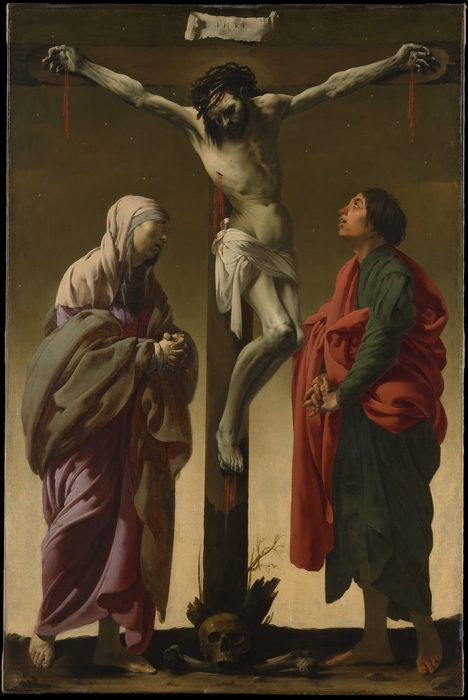 The Crucifixion with the Virgin and St John

1624 - 1625
This powerful image was probably painted for a Catholic "hidden church" in Ter Brugghen’s city of Utrecht, where Catholicism was tolerated but not encouraged. The artist, a Protestant, recaptures the devotional intensity of earlier German and Dutch altarpieces in his stark composition and in the angular figure of Christ. However, the rhythmic draperies, convincing volumes, and folkish figures of Mary and John recall Ter Brugghen’s experience of Caravaggio in Rome. The color combinations and hypnotic light are very much his own. (Source: The Metropolitan Museum of Art)

License:
Courtesy of The Metropolitan Museum of Art
For more:
https://www.metmuseum.org/art/collection/search/435817