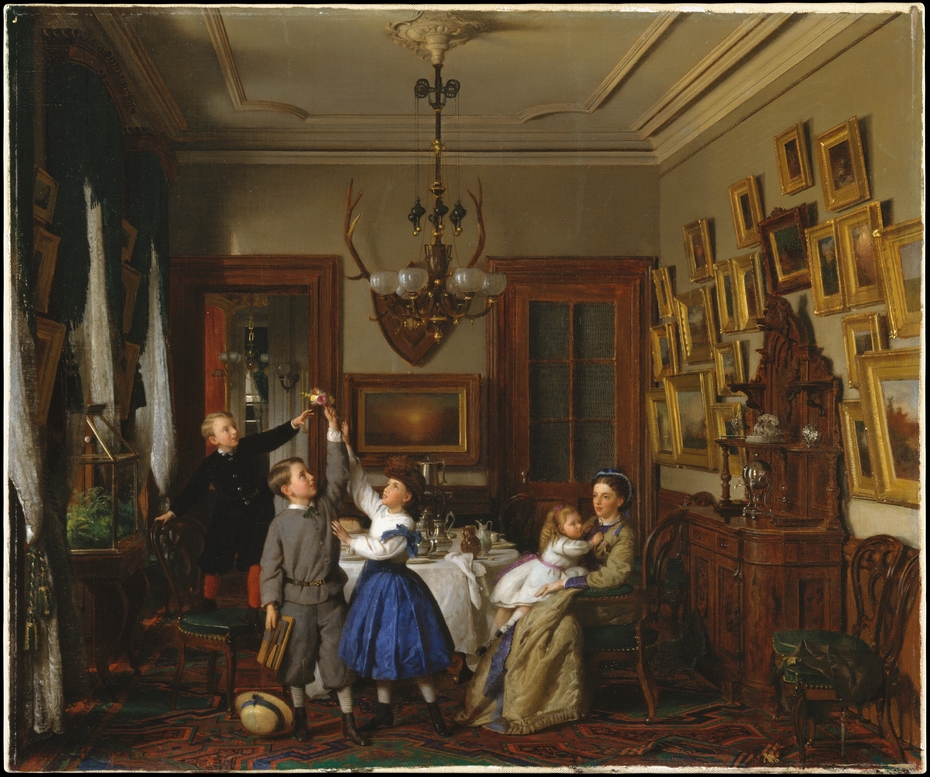 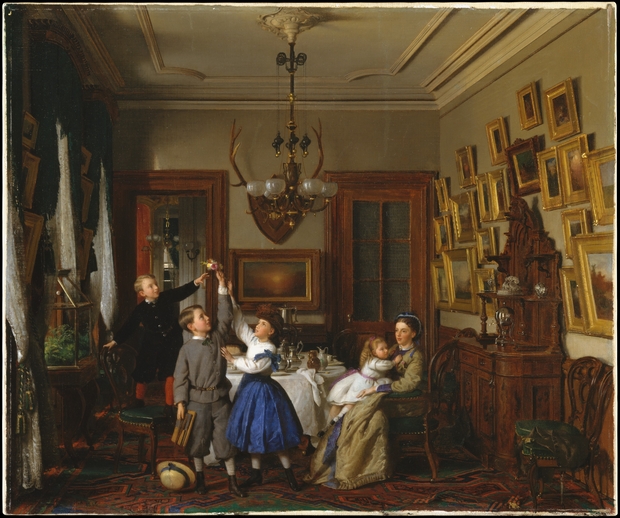 The Contest for the Bouquet: The Family of Robert Gordon in Their New York Dining-Room

1866
Guy, born and trained in England, settled in 1854 in New York. Typical of his command of lucid form is this charming "conversation piece" (a portrait with narrative elements) commissioned by Robert Gordon in 1866. Three of the Gordon children have finished breakfast and appear to vie for a small corsage before setting off for school. Gordon, a founding trustee of The Metropolitan Museum of Art, collected American paintings, some of which he displayed in the dining room of his home at 7 West 33rd Street, depicted here. The room was decorated in the up-to-date Renaissance Revival style seen in our Gallery 121. (Source: The Metropolitan Museum of Art)