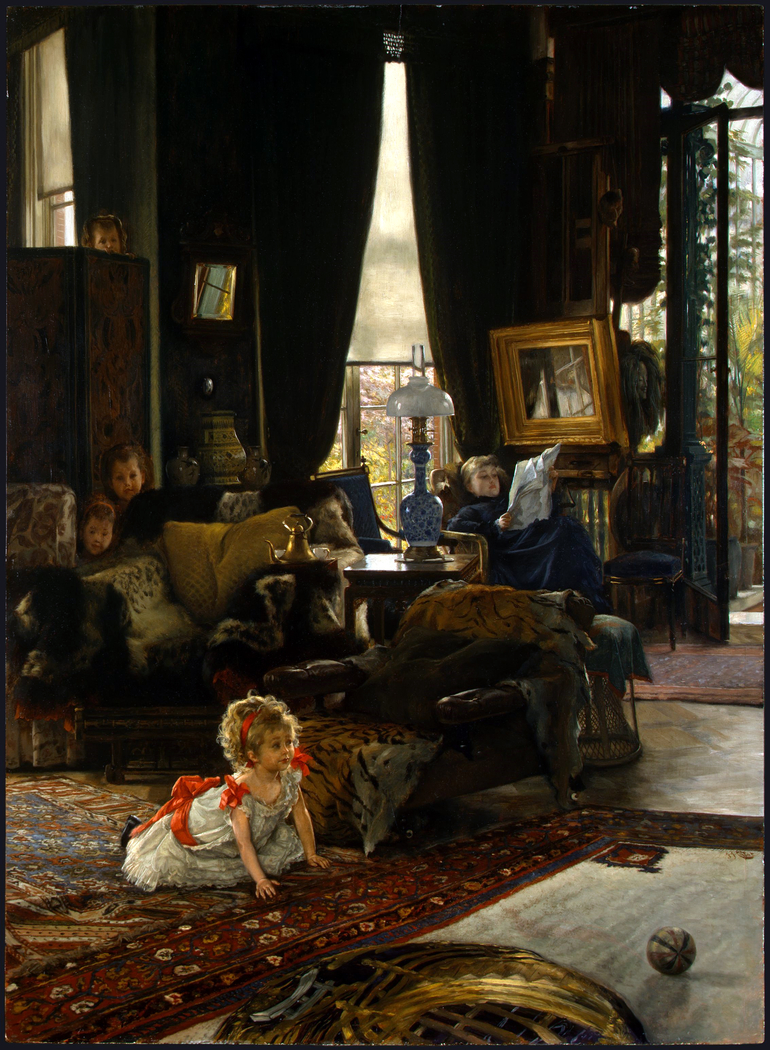 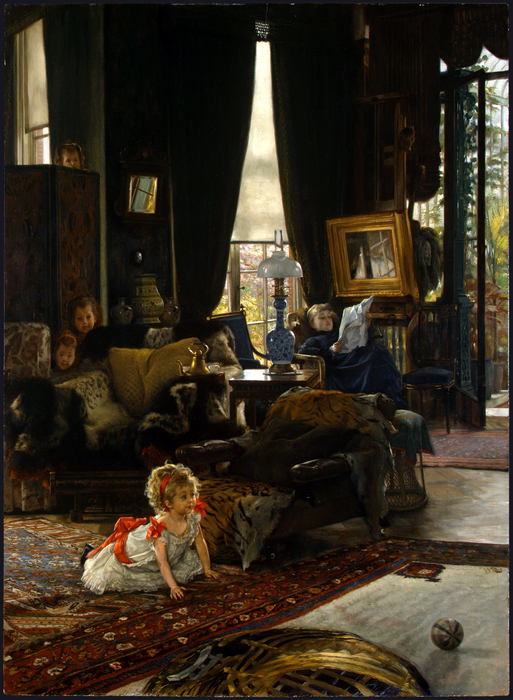 In early 1874 Degas wrote, "Look here, my dear Tissot. . . you positively must exhibit at the Boulevard [in the first impressionist exhibition]. . . Exhibit. Be of your country and with your friends." Degas and Tissot, who met as students during the late 1850s, stayed in close communication even after Tissot fled to London in 1871 to avoid punishment for activities in the abortive Commune. Arguing that the benefits of declaring his allegiance to French art outweighed the potential harm it might cause among Tissot's London audience, Degas urged Tissot to show with the impressionists and thereby affirm his ties to France and more particularly to Degas and realism.

Although he chose not to accept the invitation, Tissot, like Degas, worked in a realist vein. Hide and Seek depicts a modern, opulently cluttered Victorian room, Tissot's studio. After Kathleen Newton entered his home in about 1876, Tissot focused almost exclusively on intimate, anecdotal descriptions of the activities of the secluded suburban household, depicting an idyllic world tinged by a melancholy awareness of the illness that would lead to her death in 1882. The artist's companion reads in a corner as her nieces and daughter amuse themselves. The artist injected an atmosphere of unease into this tranquil scene by comparing the three lively faces peering toward the infant in the foreground at the left with an ashen Japanese mask hanging near Mrs. Newton in the entry to the conservatory. [source]