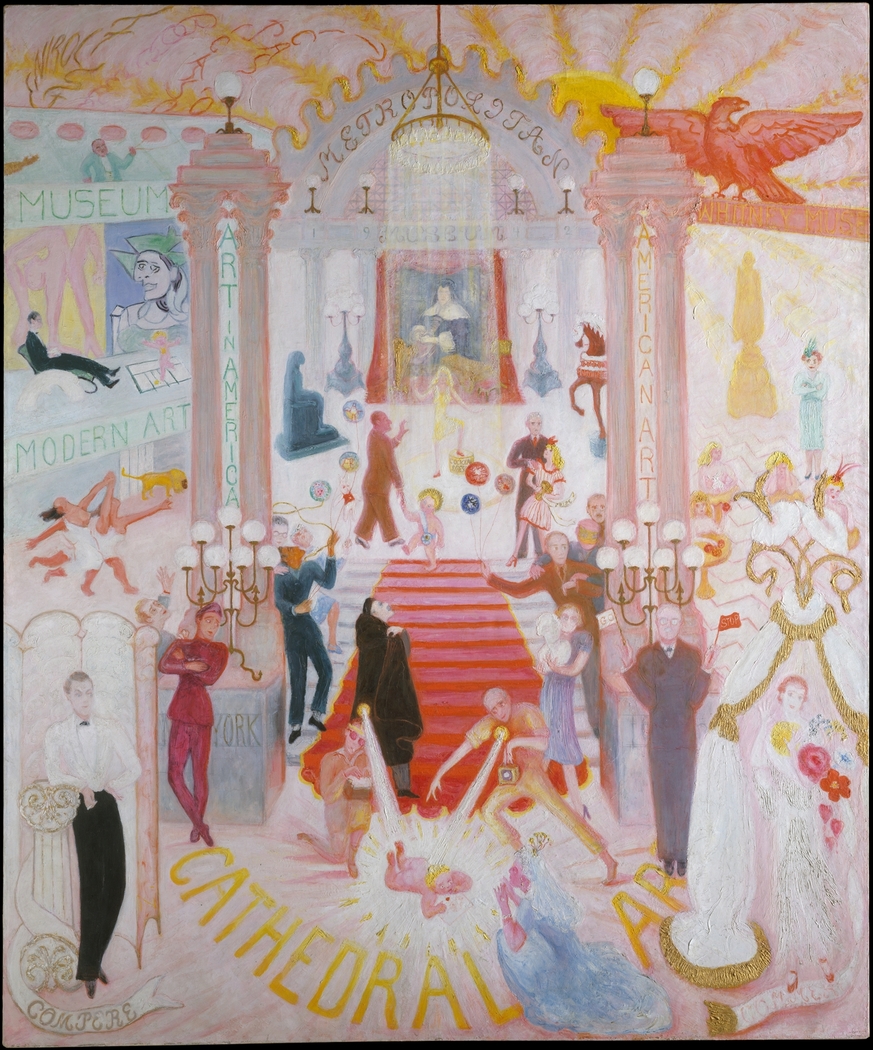 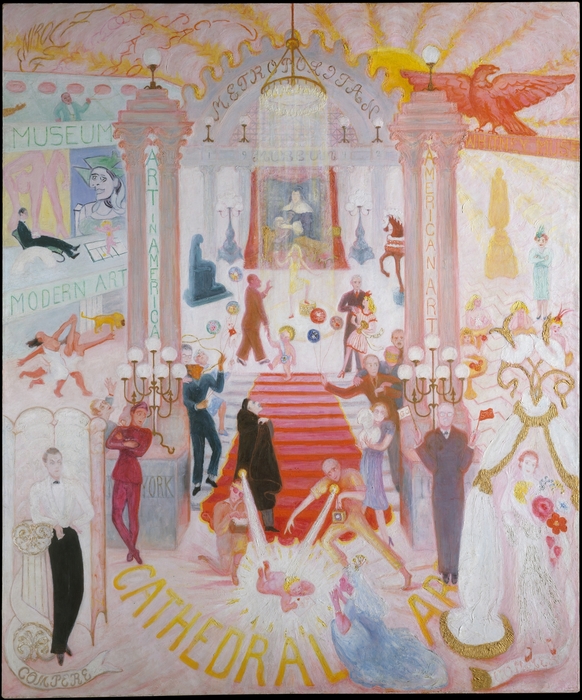 The Cathedrals of Art

1942
In this series of four monumental paintings executed between 1929 and 1942, Stettheimer created extraordinary composite visions of New York’s economic, social, and cultural institutions. The Cathedrals of Art is a fantastical portrait of the New York art world. Microcosms of three of the city’s major museums and their collections are watched over by their directors: the Museum of Modern Art (upper left), The Metropolitan Museum of Art (center), and the Whitney Museum of American Art (upper right). A gathering of art critics, dealers, and photographers of the day, including Stettheimer herself (lower right), appears around the Metropolitan’s grand staircase.

License:
Courtesy of The Metropolitan Museum of Art
For more:
https://www.metmuseum.org/art/collection/search/488732