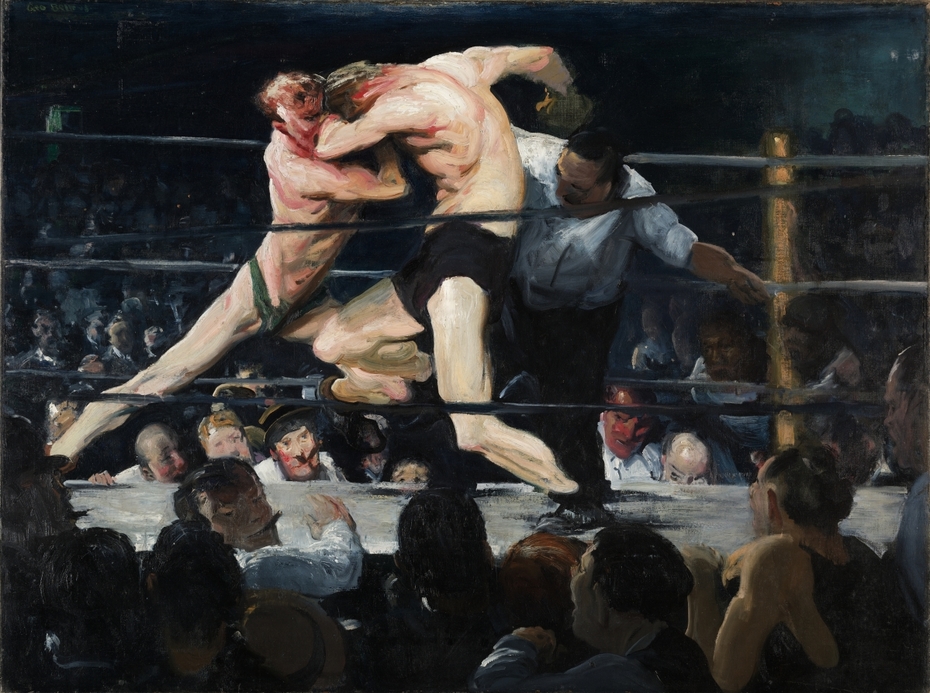 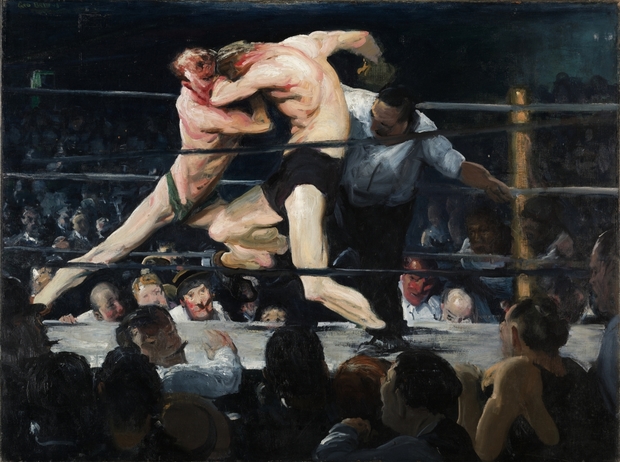 Description:
An avid fan of boxing, Bellows recorded several images of the sport throughout his career, and Stag at Sharkey's is his most famous. Sharkey's Athletic Club, located across the street from the artist's Manhattan studio, was actually a tavern with a back room that accommodated a boxing ring. Because public prizefighting was illegal in New York at the time, private events had to be arranged in order for a match to take place. Participation in the ring was limited to members of the club, a loosely organized group of local semi-professionals. Whenever an outsider competed at the club, he was given temporary membership and known as a "stag."

One of America's most dynamic artists, George Bellows chose painting over a career as a professional baseball player. Sports, however, continued to interest him and provide subjects for his paintings. This canvas depicts a fight at Tom Sharkey's Athletic Club, a popular entertainment bar, located directly across the street from the artist's studio in New York City. The two fighters seem equally matched, making it impossible to predict the outcome. Bellows captured the force and energy of the struggle by blurring the scene's details with rapid brushwork. The low viewpoint places us among the crowd, so that we become a part of the spectacle.

License:
Courtesy of The Cleveland Museum of Art
For more:
http://www.clevelandart.org/art/1133.1922?collection_search…