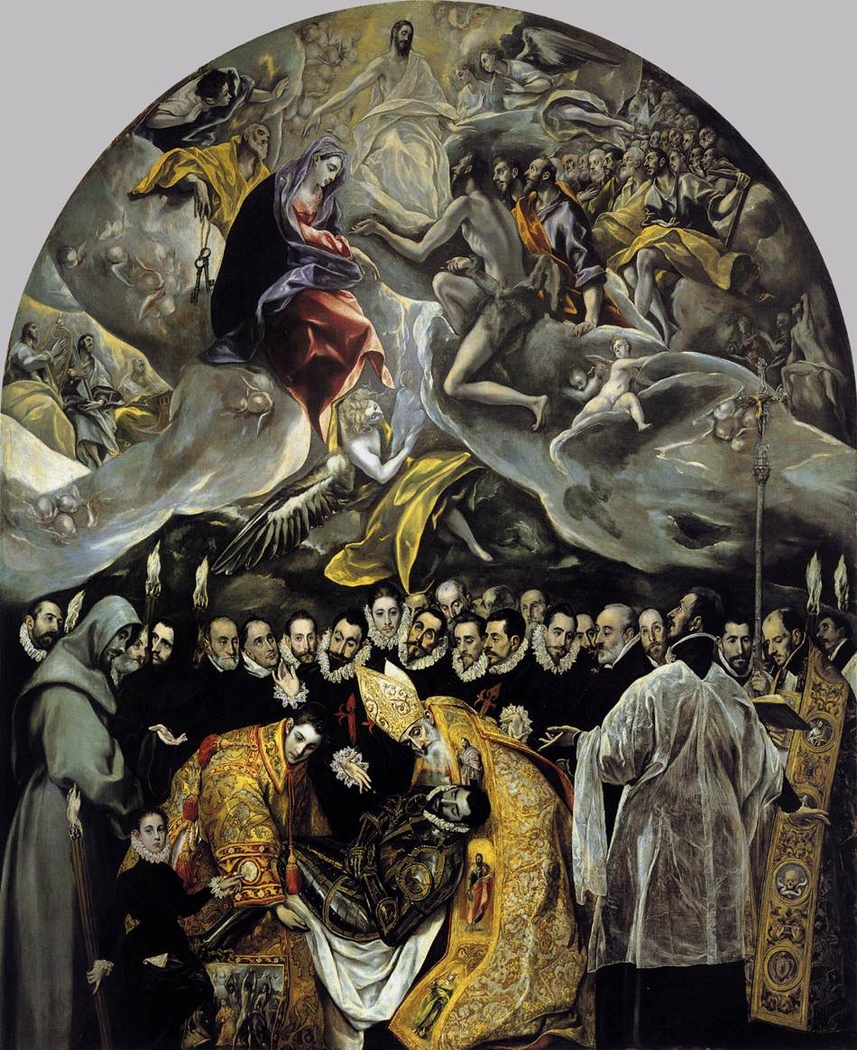 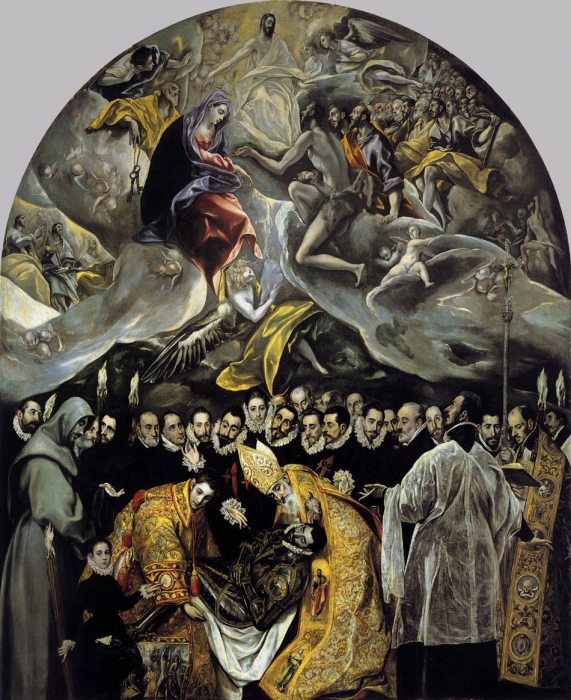 The Burial of the Count of Orgaz

1586 - 1588
Oil on canvas, 480 x 360 cm. Santo Tomé, Toledo.
The theme of the painting is inspired from a legend of the beginning of the 14th century. In 1312, a certain Don Gonzalo Ruíz, native of Toledo, and Señor of the town of Orgaz, died. The Count of Orgaz was a pious man who, among other charitable acts, left a sum of money for the enlargement and adornment of the church of Santo Tomé. He was also a philanthropist and a right-thinking Knight. According to the legend, at the time he was buried, Saint Stephen and Saint Augustine descended in person from the heavens and buried him by their own hands in front of the dazzled eyes of those present.

License:
This image may be subject to copyright.
For more:
http://www.santotome.org/