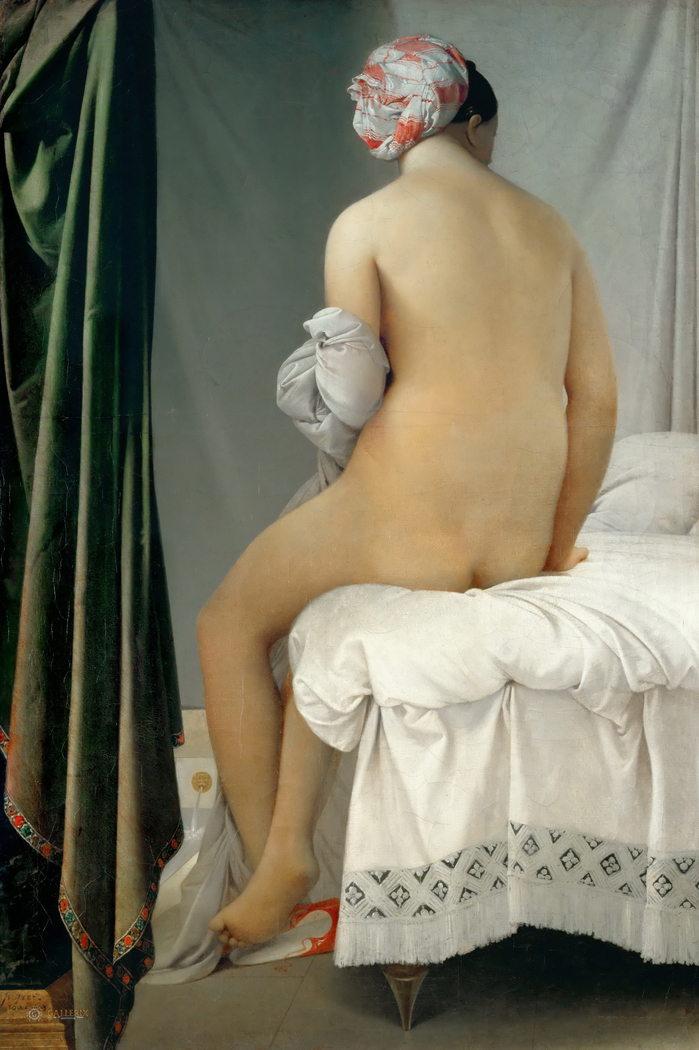 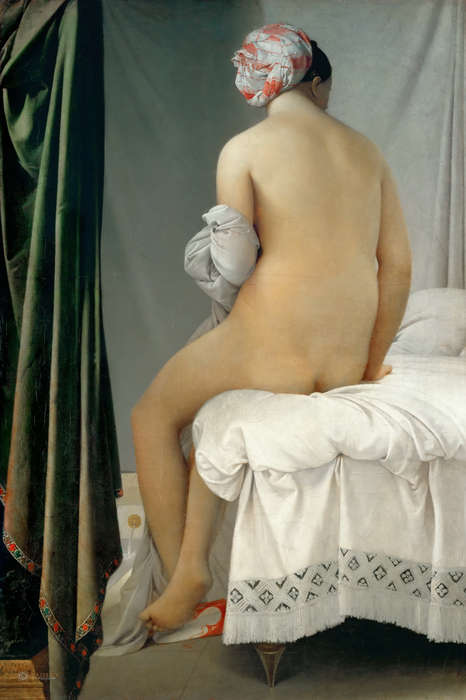 The Bather, known as the Valpinçon Bather

1808
This work featuring a bathing woman is generally known by the name of one of its nineteenth-century owners. It was one of the works Ingres sent to Paris in 1808 when he was studying at the French Academy in Rome. This early work is a masterpiece of harmonious lines and delicate light. The woman's superb nude back left a deep impression on the artist; he returned to it in several later works, most notably the Turkish Bath. 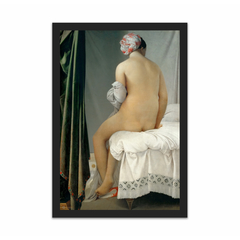 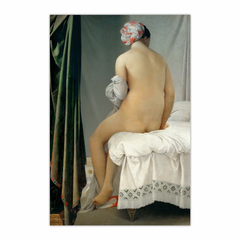 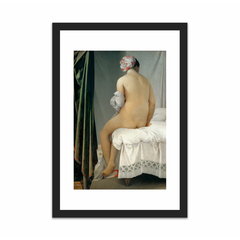