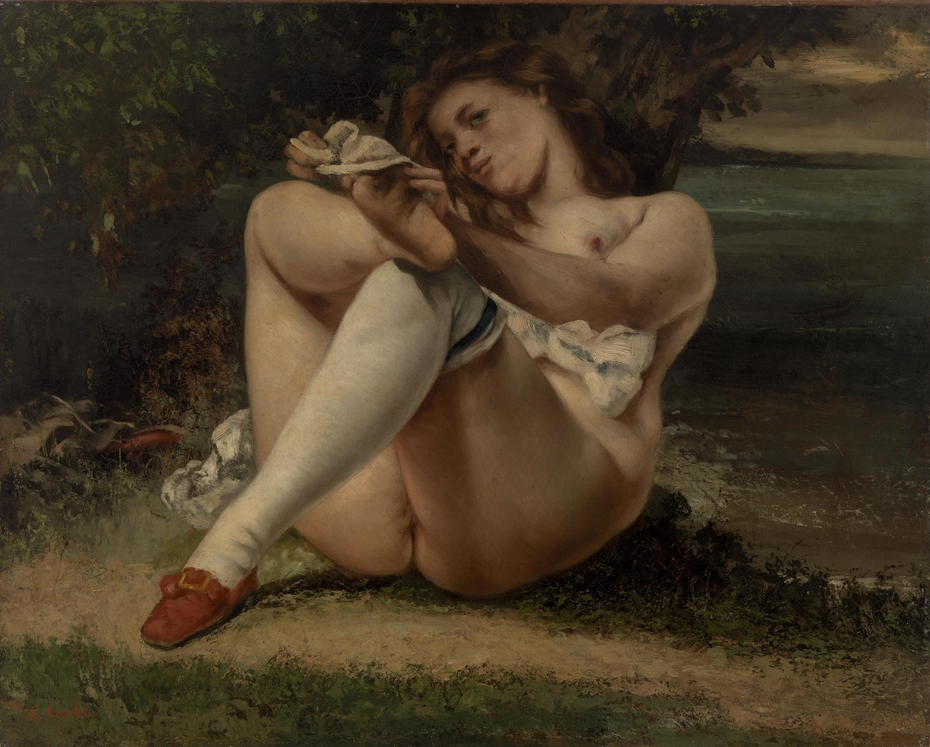 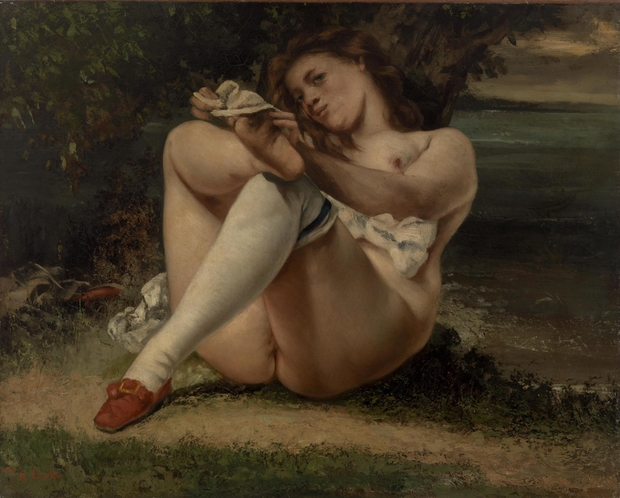 1864
Traditionally, European painters made the nude subject decorous by presenting it as part of an edifying mythological narrative. Here, Courbet smashes that fiction. The nude is not Venus or Diana, but rather a prostitute preparing for the act. The picture's sexual content is frank: her genitalia is fully exposed, indeed placed exactly at the center of the composition, and there are several clues that hint at the prostitution theme. Clothes seem hastily discarded in the background, and she gazes out seductively at an unseen presence—presumably the client—who seems to stand or sit across from her. The path in front of her is well-worn, perhaps meant metaphorically. The graphic display of genitalia suggests that Courbet made this as a private commission. He painted several such explicitly sexual paintings during the 1860s.

License:
Courtesy of the Barnes Foundation
For more:
https://collection.barnesfoundation.org/objects/5221/Woman-…