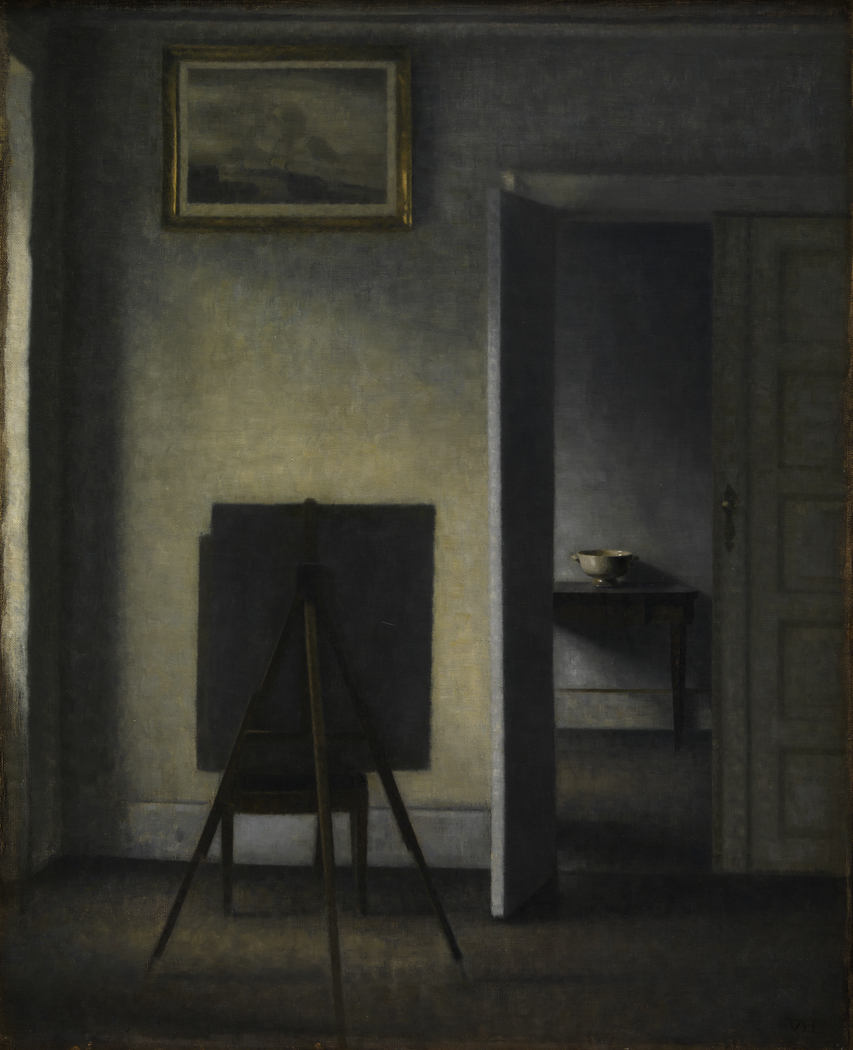 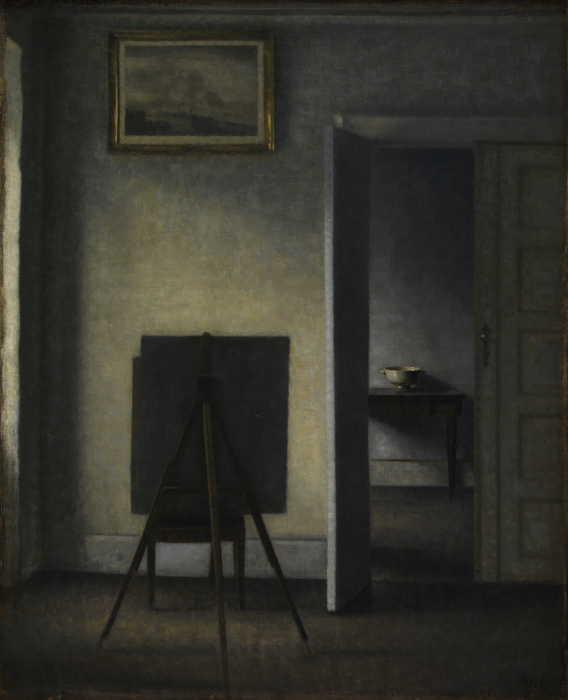 Interior with the Artist's Easel

1910
The painting is one of those interiors for which Hammershøi is famous. The easel also makes a painting a variation on the theme "the artist and his motif", but without featuring the artist himself; Hammershøi wanted to avoid narratives in his paintings.

Even in his own day Hammershøi became mainly known for his interiors. He would return to the subject over and over again with an almost uncanny tenacity, always trying out new effects. The paintings depict empty, ascetic, and eerily static rooms infused with a silent, tense atmosphere and with a mellow light falling in through the windows to gently touch the walls. The air has an almost physical texture to it, and at the same time the material objects in the scenes seem to dissolve, which means that everything takes on the same airy, vibrating quality. The colours are restricted to a narrow spectrum of greys and whites, but the wealth of nuance is tremendous.

The interiors frequently feature a single woman, often with her back turned to us as in this painting. Regardless of pose, she always seems frozen and wrapped up in her own world. Life seems to have stopped, and not even an open door establishes contact to the world outside. The artist has obviously been working on a painting and has stepped away from it for a moment. This makes the painting a version on the theme The Artist and his Motif. It is, however, typical of Hammershøi to avoid painting himself into the scene; he did not want it to take on narrative aspects.

Hammershøi’s interiors are indebted to Danish art from the first half of the 19th century and to Dutch 17th century art, but they stand apart from their predecessors with their unique, eerie atmosphere.

License:
Courtesy of the National Gallery of Denmark
For more:
http://collection.smk.dk/#/en/detail/KMS7444