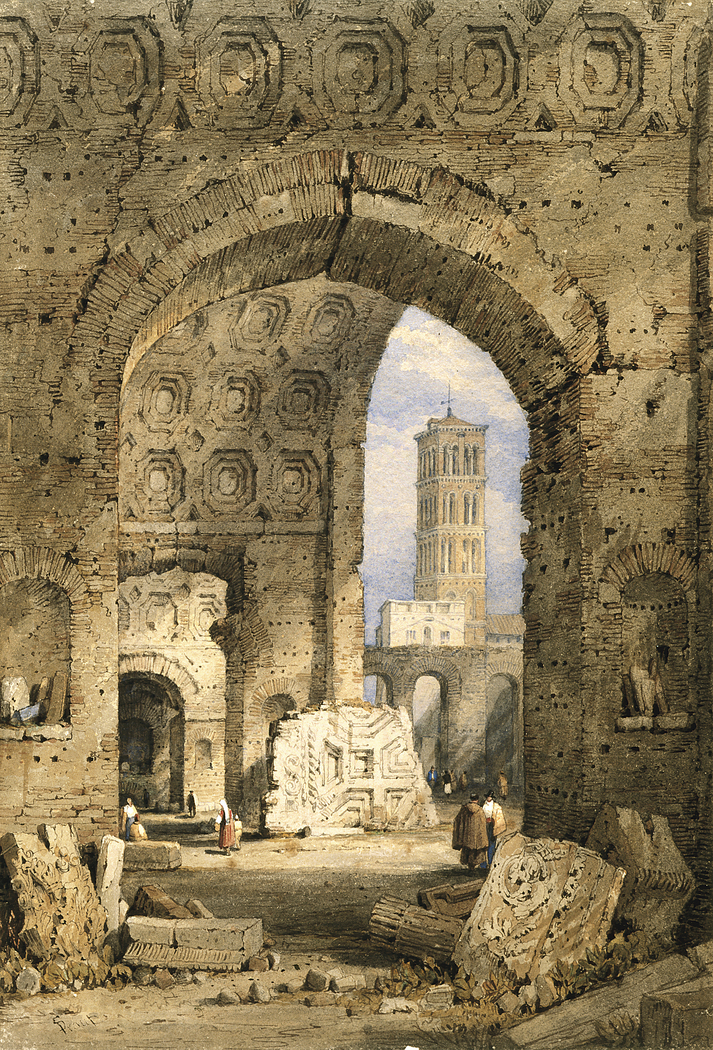 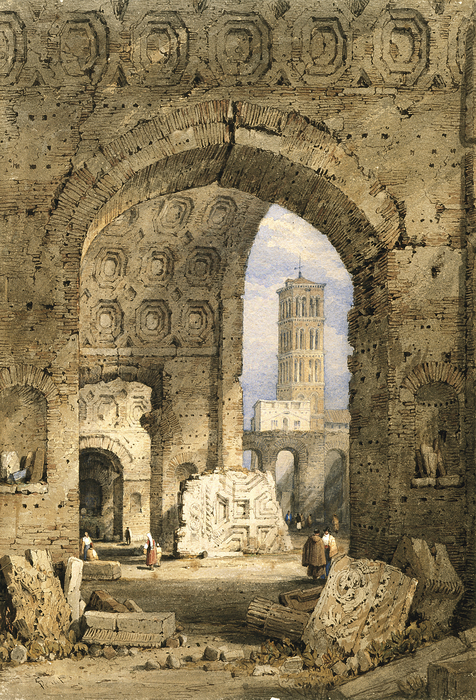 1825 - 1850
Gallery label:
Besides his specialty in depicting time-worn medieval buildings, Prout created a sizeable body of watercolors of the classical ruins in the Roman Forum. He made his site sketches in 1824 and referred to them again and again over the next 25 years to produce numerous versions in watercolor from a single sketch. While the so-called Temple of Peace (actually the Basilica of Constantine) was not among Prout's most repeated subjects, its massive brick vaulting suited Prout's fascination with crumbling masonry.

Size:
17 x 11 7/8 in
Medium:
Watercolour and gouache strengthened with pen and ink on off-white paper
License:
Public Domain, Courtesy of the Indianapolis Museum of Art
For more:
http://collection.imamuseum.org/artwork/49398/