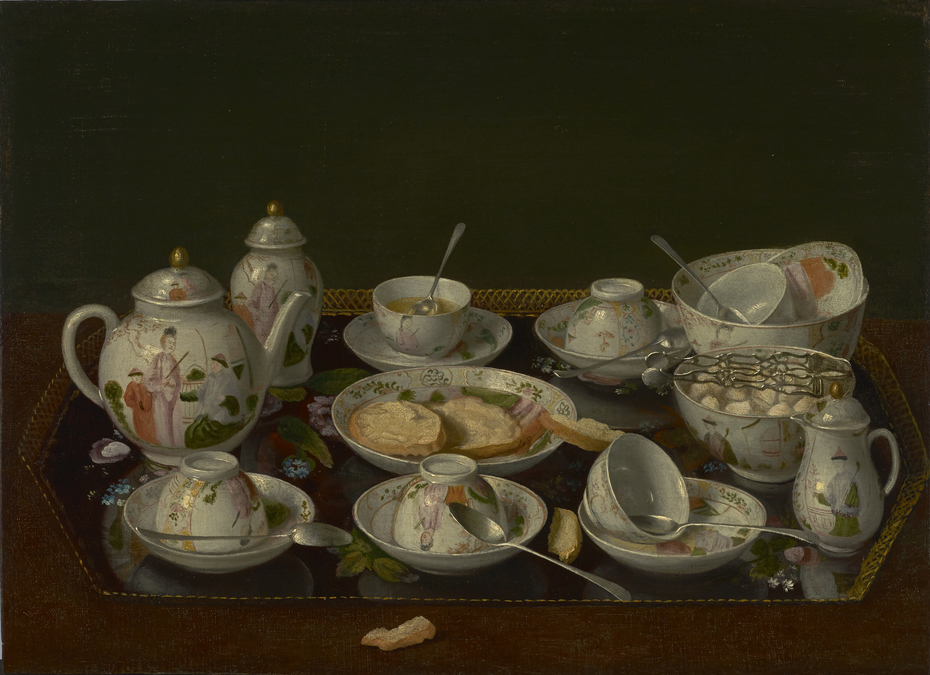 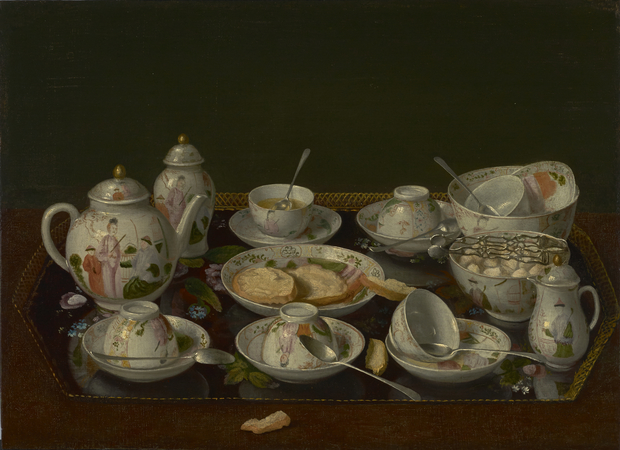 1781 - 1783
Chinese porcelain and tea-drinking were the rage of fashionable Europe when Jean-Étienne Liotard was born. He began painting tea and coffee sets in the last two decades of his life when age, changes in taste, and his political beliefs caused a decline in requests for the pastel portraits that were his specialty. He had, however, been including fruit and porcelain still lifes in some of his portraits since about 1740. Only five of his paintings of tea and coffee sets are known today.

In this painting of tea-time disarray, a tray is set with six cups and saucers, a teapot, sugar bowl, milk jug, and a lidded vase perhaps containing an extra supply of tea leaves. A large bowl holding a teacup and saucer could also be used for dumping the slops of cold tea and used tea leaves. By the time Liotard painted this work in the late 1700s, tea-drinking had become fashionable among the middle as well as the upper classes. Liotard contrasted the luxurious materials of Chinese porcelain and silver with a cheaper tray of painted tin, known as tôle, that imitated Asian lacquer. Combining the transparent, reflective and brightly-patterned objects allowed the artist to portray strong visual contrasts.