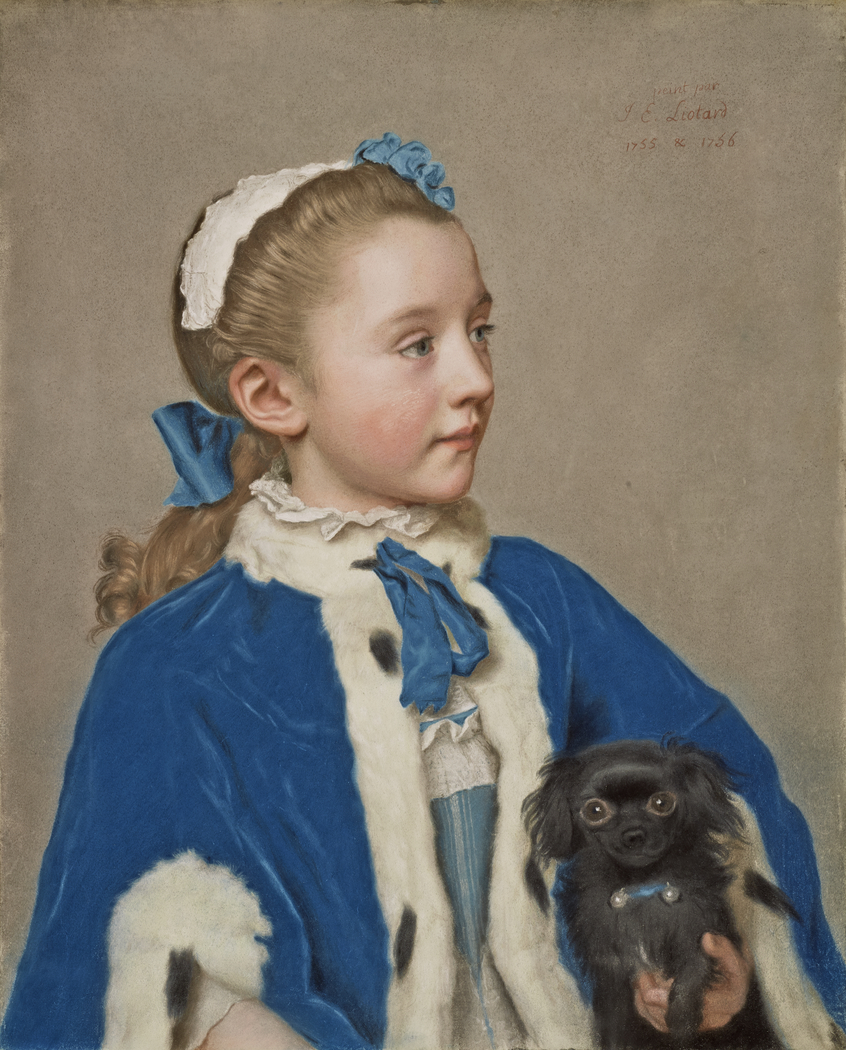 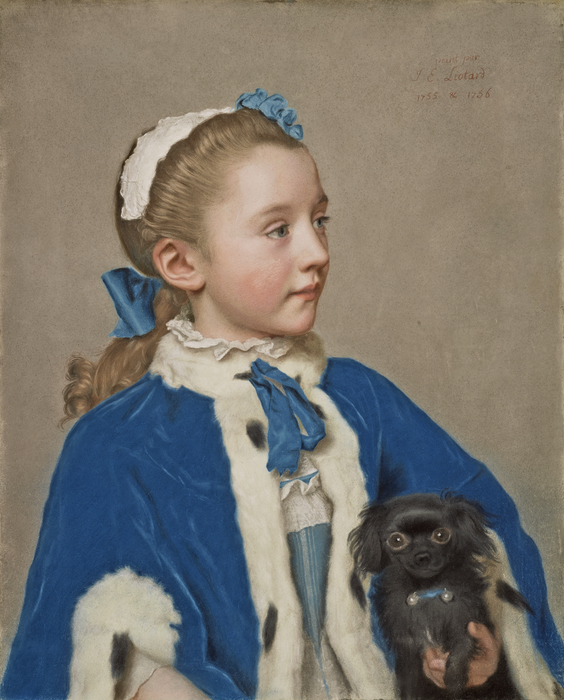 1755 - 1756
Changing attitudes towards children and the emergence of a large middle class in eighteenth-century Europe increased the demand for portraits of children such as this one. Maria Frederike, the seven-year-old daughter of an aristocratic Dutch family, looks off to the side in a three-quarter view. Lost in thought, she is composed yet somewhat shy in comparison to her dog, who stares out with unabashed curiosity. With startling naturalism, Jean-Étienne Liotard captured her youth and beauty, setting off her eyebrows, lashes, and lustrous hair against her soft, fresh complexion.

Liotard developed remarkable technical skills in the difficult medium of pastels. Brilliantly describing surfaces and defining volume through subtle gradations of color, he depicted forms, textures, and the play of light with great immediacy. He favored using pastels, especially for portraits of children, because they could be manipulated with greater speed and ease, had no odor, and allowed for frequent interruptions. (Source: J. Paul Getty Museum)

License:
Courtesy of The Getty
For more:
http://www.getty.edu/art/collection/objects/714/jean-etienn…