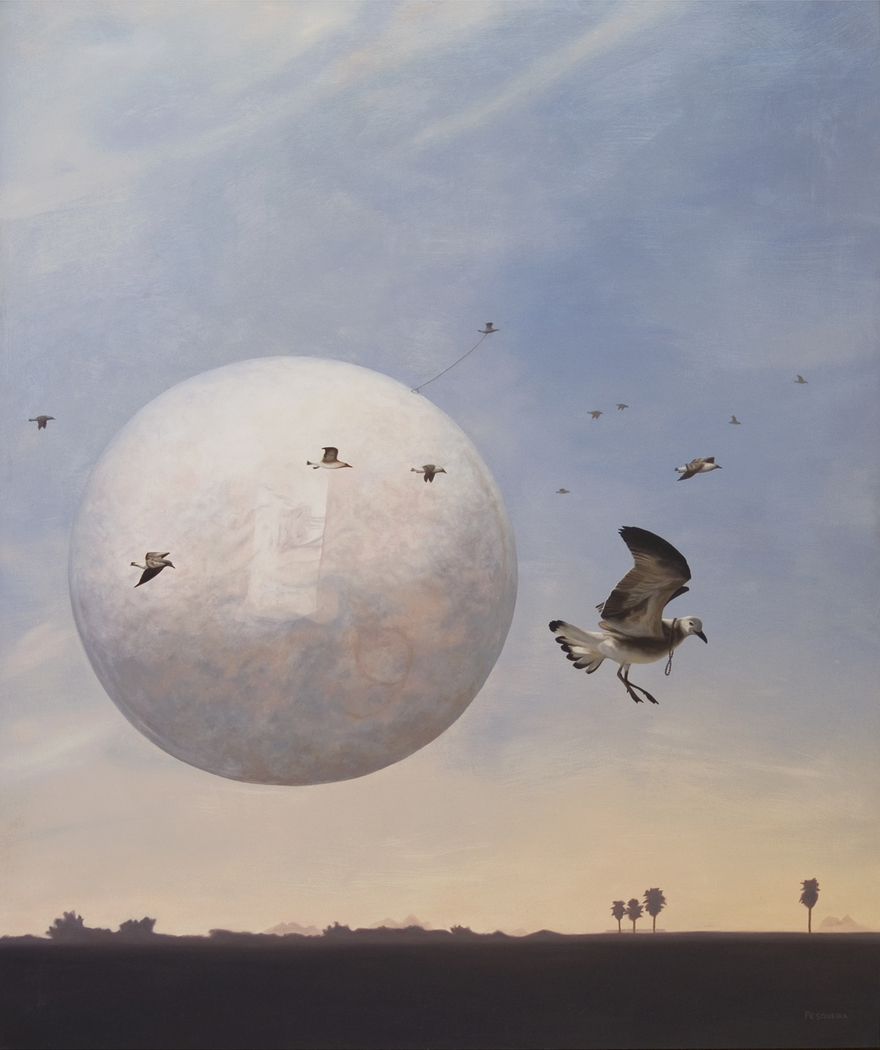 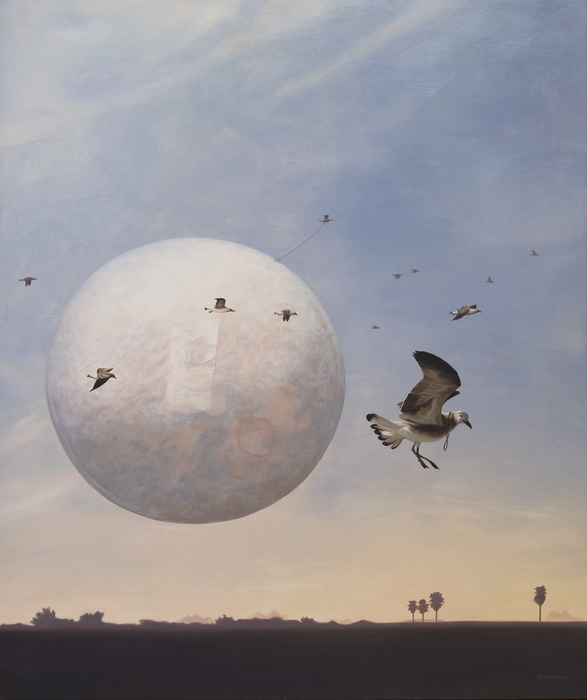 Sins of the Father

This painting is about the concept of children unconsciously taking on the often outdated beliefs of their parents. Reflecting on my life as I reached my 40’s and as a parent myself, I saw my own cycles of unconscious behaviors that I followed and sometimes projected onto my kids. The concept of adopting “the sins of the father” became very clear to me. As the bird/child is hauling the ridiculously large burden, the father is sanctified and idolized in his eyes, as represented by the beads around the foreground bird’s neck. An unquestioning adoption of a no longer relevant behavior. I believe that our parents are always acting out of the desire to protect their children. Yet it is the children’s responsibility to determine what serves them and what doesn’t. The bird always has the ability to release the rope and the burden it willingly carries.