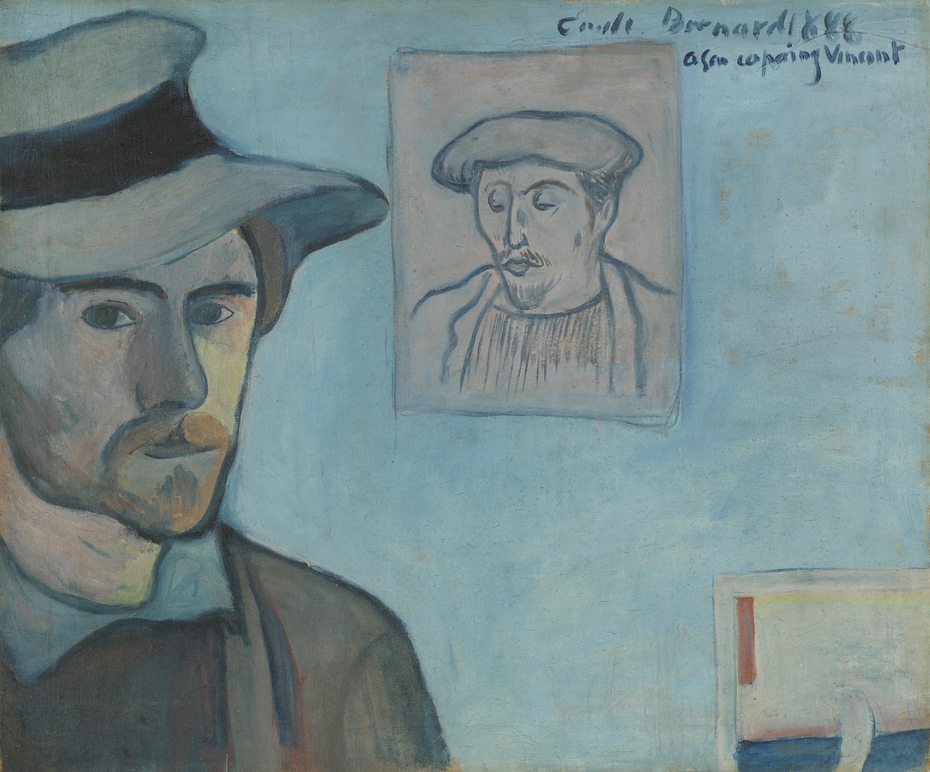 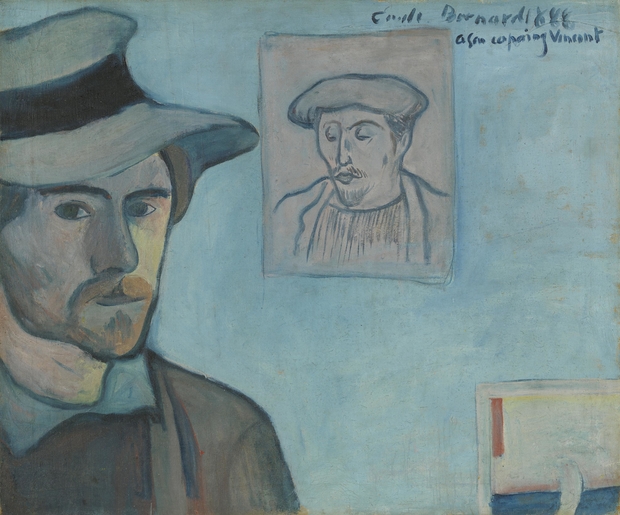 Self-Portrait with Portrait of Gauguin

1888
Bernard painted this self-portrait in the French seaside village of Pont-Aven. He was working there with Paul Gauguin (shown in the background of the picture). A Japanese woodcut print is visible at bottom right.

Van Gogh had asked his two friends to make portraits of each other. But Bernard didn’t dare: he was only 20 and intimidated by Gauguin, who was twice his age. So each of them sent a self-portrait featuring a sketch of the other. Beside his signature, Bernard wrote a dedication to his friend (‘copain’) Van Gogh. The added ‘g’ at the end of ‘copain’ was a joke about the local accent in Provence, where Van Gogh was living.