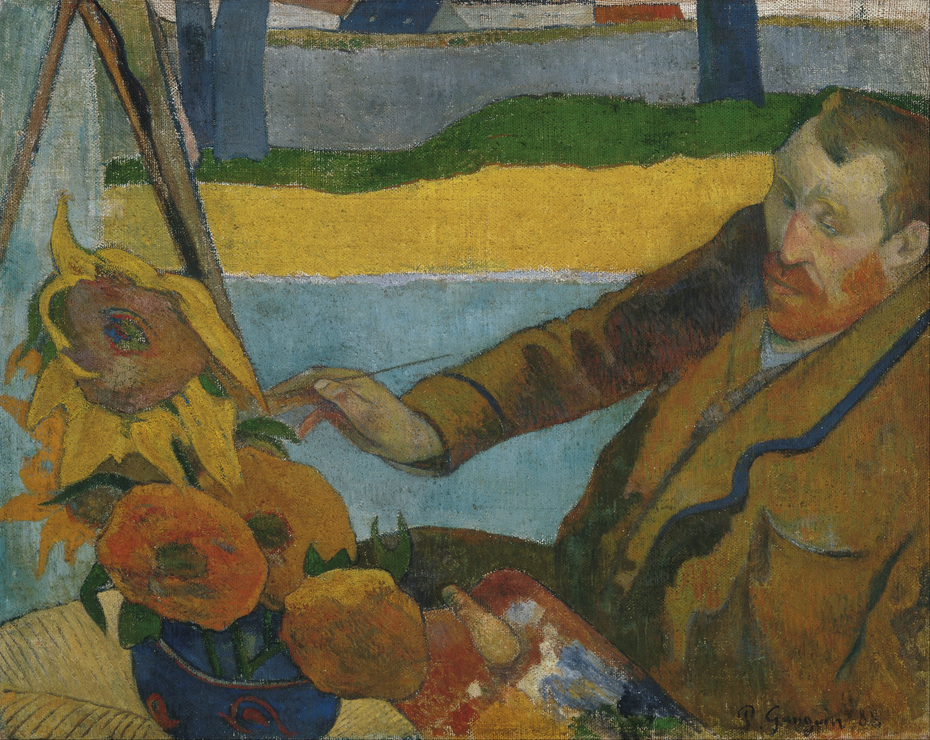 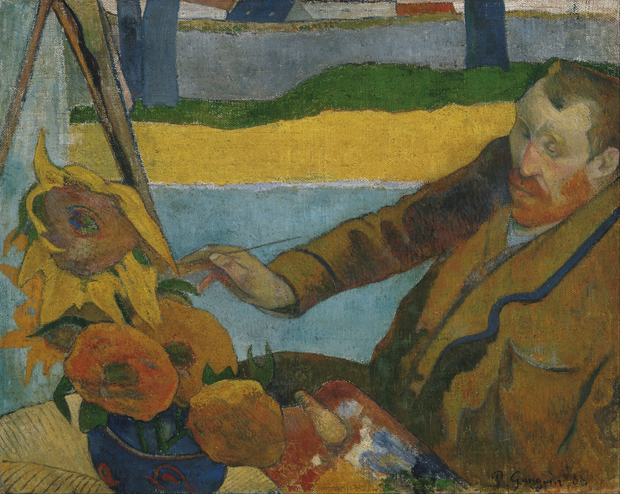 1888
Paul Gauguin moved in with Van Gogh at the Yellow House in Arles in late October 1888. Within a few weeks, however, their relationship began to sour. Gauguin wrote to Bernard: ‘In general, Vincent and I see eye to eye on very little, especially on painting.’ One recurring argument was whether it was best to paint after nature or from the imagination. Van Gogh mostly based himself on reality, while Gauguin composed many of his paintings from memory or his own invention.

This difference of artistic opinion is reflected in the portrait shown here. The depiction of Van Gogh with a vase of sunflowers in front of him is imaginary. Although Vincent had recently painted similar still lifes, Gauguin cannot have seen his friend at work like this as the portrait was done in December, when there were no sunflowers to paint.
Van Gogh’s first impression on seeing the painting was that Gauguin had depicted him as a madman. He later softened his view. ‘My face has lit up after all a lot since, but it was indeed me, extremely tired and charged with electricity as I was then’. he wrote to his brother Theo.