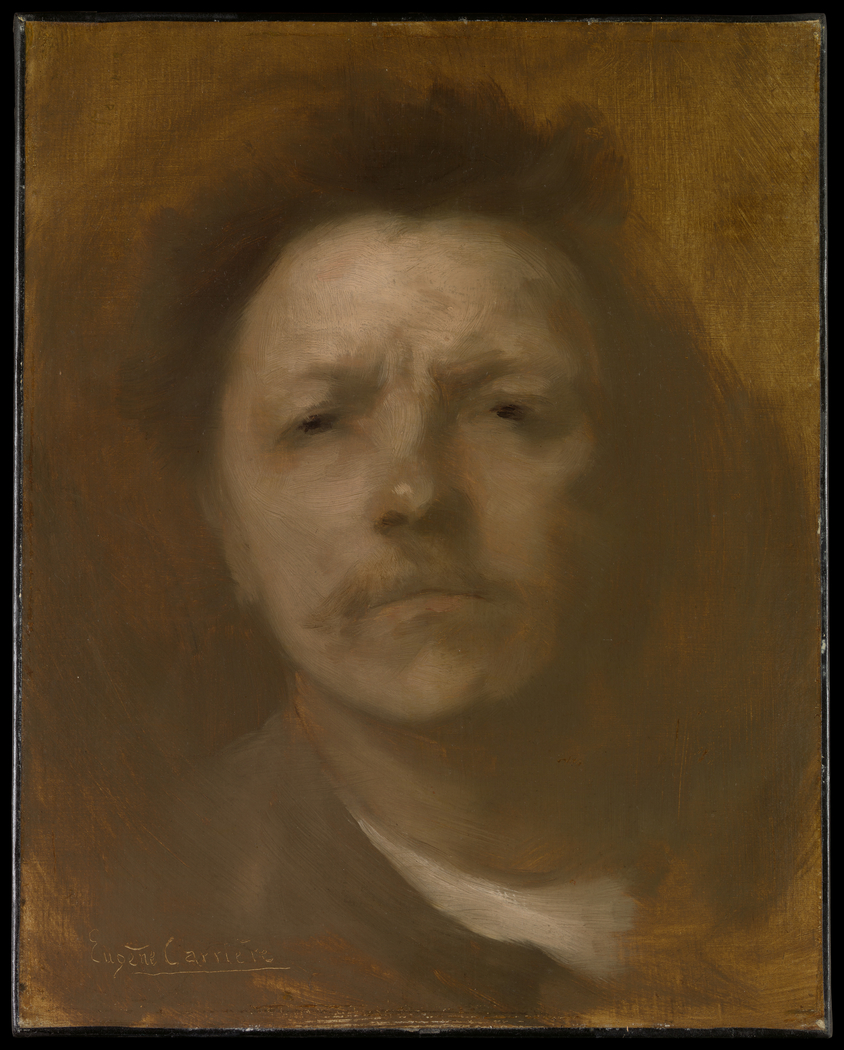 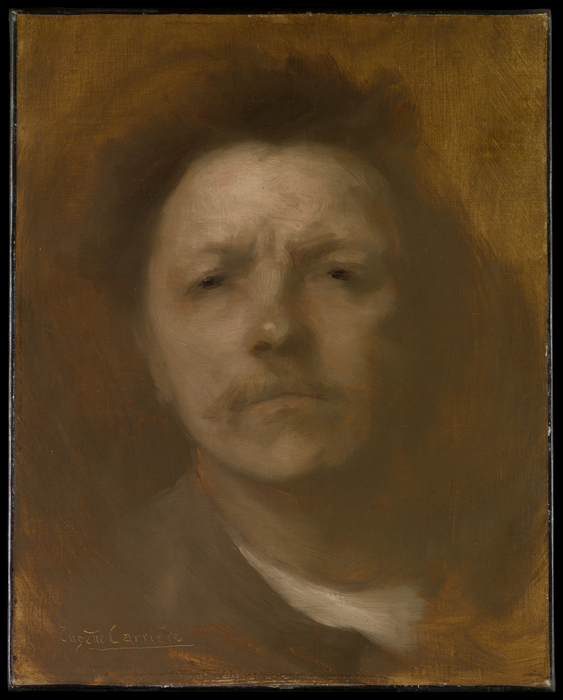 1893
A critic once compared Carrière’s style to that of his colleague Auguste Rodin, writing, "Rodin paints in marble and Carrière sculpts with shadow." This self-portrait, part of a series begun in 1887, exemplifies Carrière’s signature approach. Nuanced umber tones and hazy brushwork create the impression of the figure materializing out of, or merging into, the surface of the canvas. The vague, misty appearance of Carrière’s work was prized by contemporaries tired of precisely detailed and realistic paintings. A collector from Connecticut purchased this likeness in 1893, probably at the advice of Robert Simpson Cassatt, the father of American painter Mary Cassatt (1844–1926).

Notes:
Nora-Milin (2008) catalogues eighteen self-portrait paintings by Carrière, including this one.

License:
Courtesy of the Metropolitan Museum of Art
For more:
https://www.metmuseum.org/art/collection/search/435856