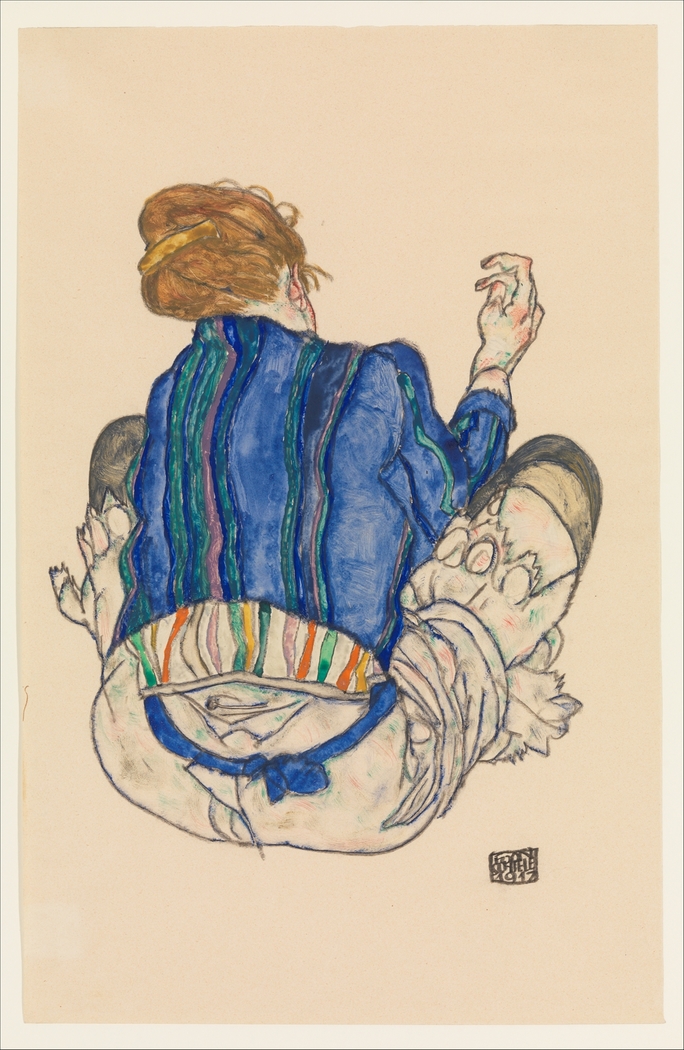 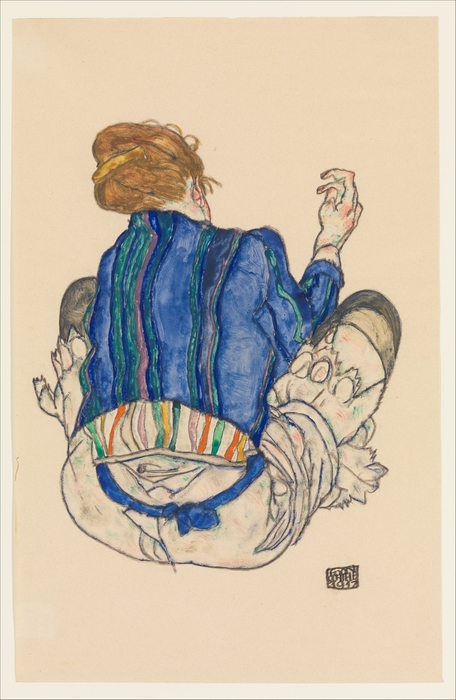 1917
While living in Vienna from 1921 to 1923, Scofield Thayer presumably bought many, or all, of the thirty drawings in his collection by the Austrian Expressionist painter Egon Schiele, whose work was virtually unknown in the United States at the time.

Schiele's career was short, intense, and amazingly productive. Before succumbing to influenza in 1918 at the age of twenty-eight, he created more than three hundred oil paintings and several thousand works on paper. The human figure provided Schiele with his most potent subject matter for both paintings and drawings.

The psychological intensity of Schiele's self-portraits is rarely encountered in his numerous studies of young women — many nude or provocatively dressed — who are treated in a detached manner as objects for formal analysis. Often isolated on a page, without any reference to their surroundings, these figures are exquisite studies in line, composition, and gesture. This portrait of a seated woman viewed from behind is expressive even though her face is hidden. The model was likely Schiele's wife, Edith Harms, then twenty-four, whom he married in 1915 and who died of influenza only three days before he did. Only partially dressed but with her strawberry-blond hair carefully coiffed, the figure wears a bright blue striped jacket over a white striped shirt — the attire of a respectable lady. Her lower body, however, is clad in the garments in which Schiele usually depicted prostitutes — a white lace slip and dark stockings. The marked difference between the two parts of her costume seems to reflect the artist's own ambivalent feelings about his wife, who is variously shown in his art as a cold virgin or a passionate lover. (Source: The Metropolitan Museum of Art)