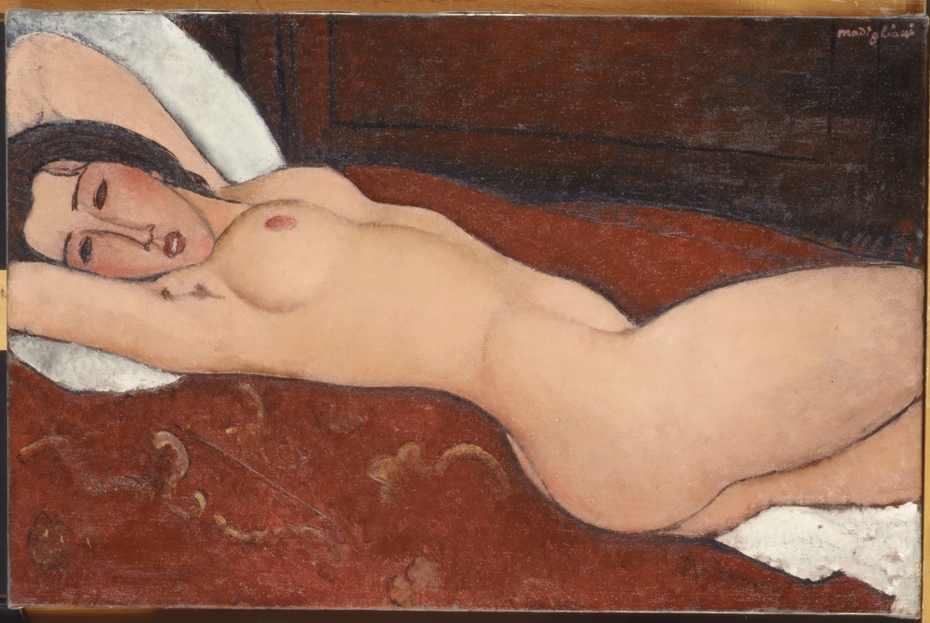 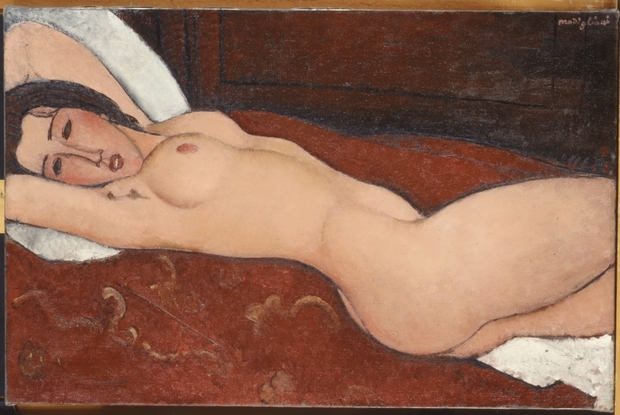 1917
Modigliani’s celebrated series of reclining nudes, begun in 1916, is influenced by Italian Renaissance representations of Venus and other idealized female figures. In this painting from 1917, the model’s stylized, outlined body, seen close-up and from above, spans the entire canvas; her hands and feet disappear outside the frame and her creamy skin glows against the dark red bed or couch. Unlike depictions of Venus from the Renaissance to the nineteenth century, in which female nudity is couched in mythology or allegory, Modigliani provocatively presents his Reclining Nude without any such context, highlighting the painting’s eroticism. (Source: The Metropolitan Museum of Art)