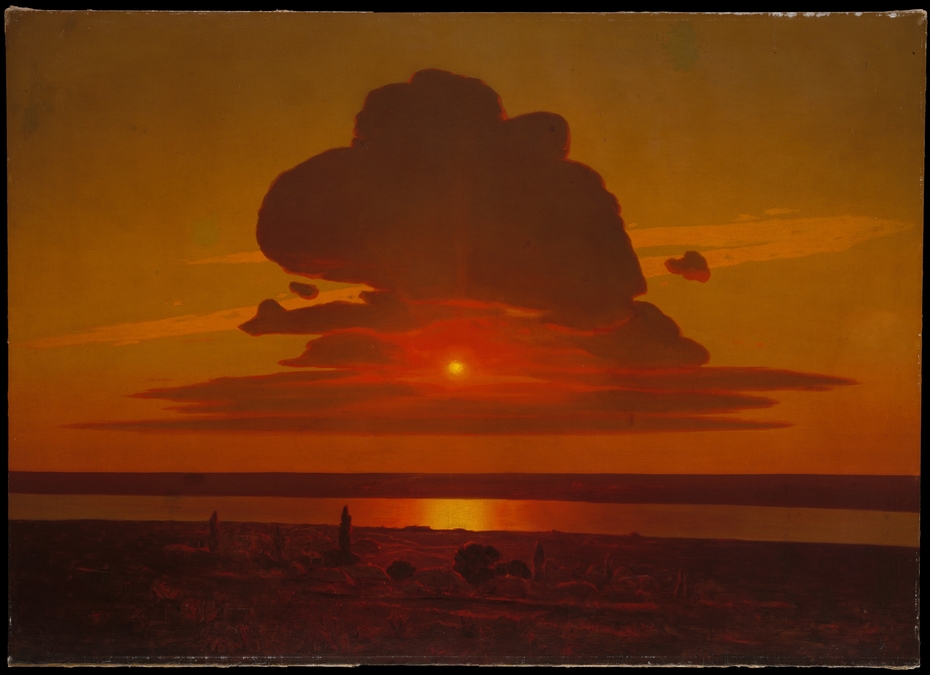 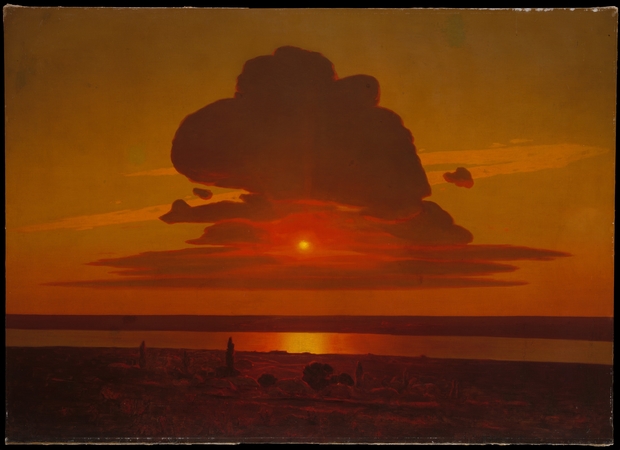 Red Sunset on the Dnieper

1905 - 1908
Arkhip Kuindzhi is considered one of the most talented Russian landscape painters of his generation. Born in Ukraine, he was associated during the second half of the 1870s with a group of Russian Realist painters known as the Wanderers. In the 1890s, he was hired to teach landscape painting at the Academy of Fine Arts but was later dismissed for sympathizing with student agitators. He ultimately founded his own painting society.

This late major painting is typical of Kuindzhi, who is best known for his large, nearly empty landscapes. The scene shows a sunset over the banks of the Dnieper, a great river that originates west of Moscow and runs far south into the Black Sea. The dark shapes in the foreground represent a cluster of thatched-roof huts, typical of the region. (Source: The Metropolitan Museum of Art)

License:
Courtesy of The Metropolitan Museum of Art
For more:
https://www.metmuseum.org/art/collection/search/436833