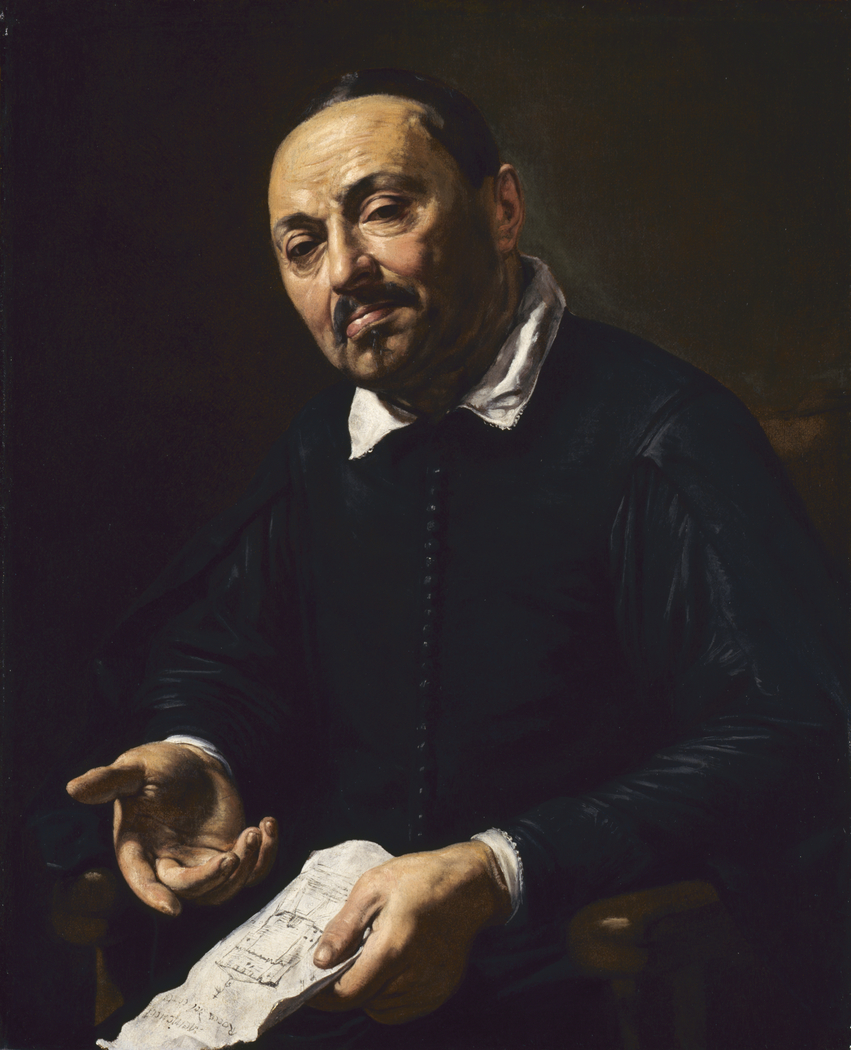 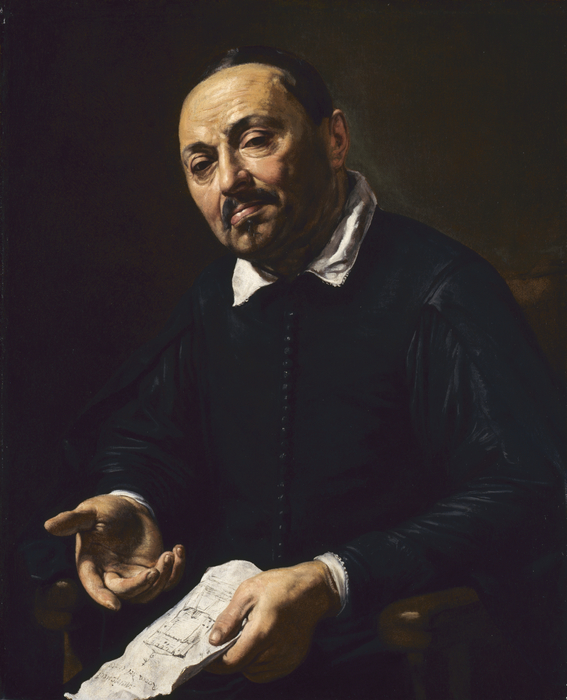 1630 - 1632
Gallery label:
The French painter Valentin de Boulogne was a member of the first generation of Caravaggio followers in Rome. In this, his only known portrait, Valentin provides a superb characterization of an arrogant and rather unsavory character. Rafaello Menicucci, a jester attached to the court of Pope Urban VIII, was a notorious social climber who was obsessed with the idea of his own fame. Nicknamed "Count," Menicucci holds a drawing of a fortified tower inscribed "Castle of the Count" in his honor.

Size:
31-1/2 x 25-5/8 in
Medium:
Oil on canvas
License:
Public Domain, Courtesy of the Indianapolis Museum of Art
For more:
http://collection.imamuseum.org/artwork/56254/