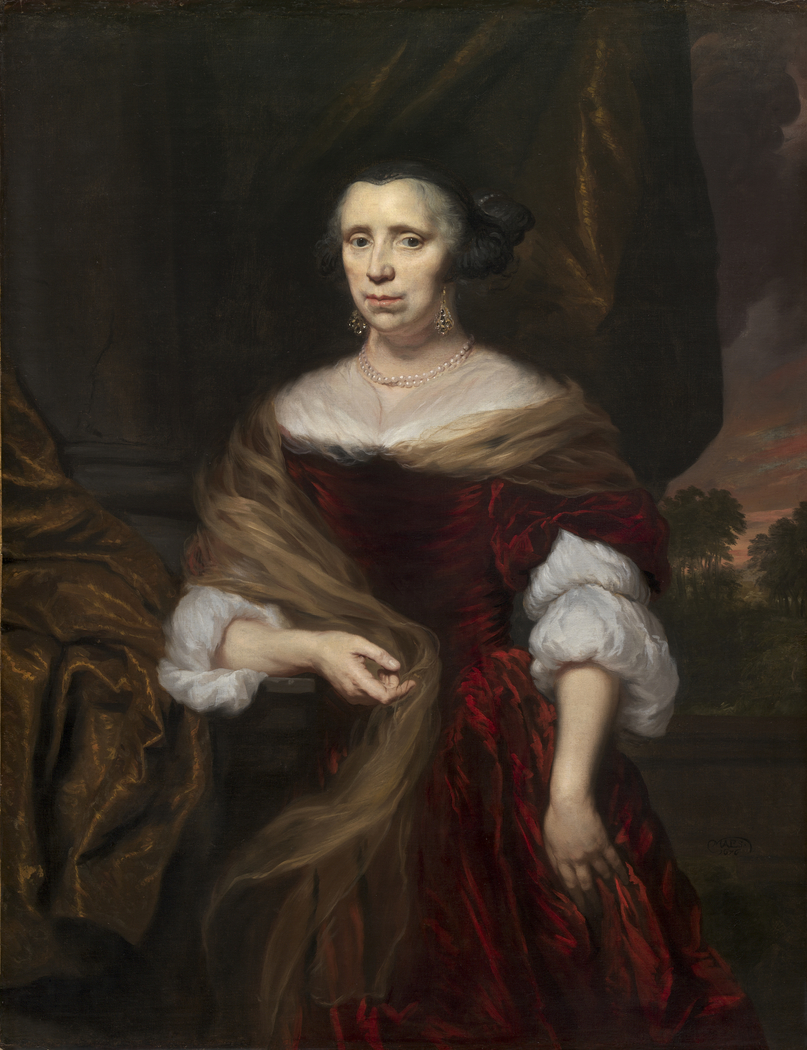 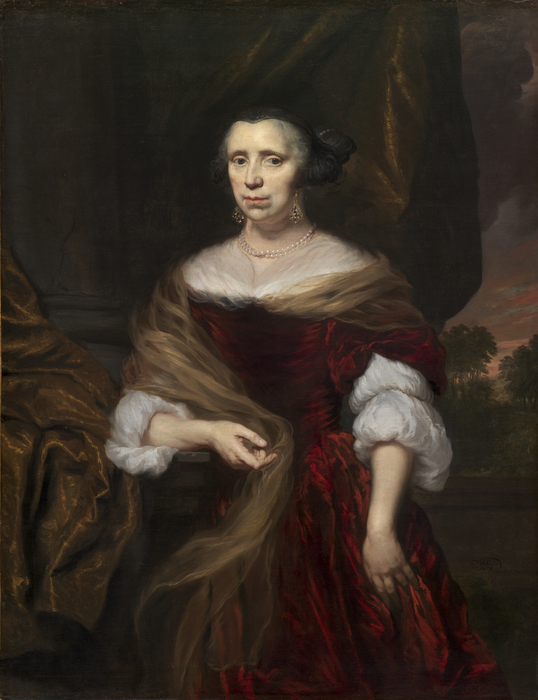 Portrait of a Lady

1676
Nicolaes Maes, one of the foremost portrait painters of the second half of the seventeenth century, began his career as a painter of religious subjects and genre scenes. These early works reflect the influence of Rembrandt van Rijn (1606–1669), with whom he studied in Amsterdam between 1646 and 1653. Maes’ shift to portraiture occurred only after his return to his native city of Dordrecht in late 1653. Adopting the refined style of Anthony van Dyck (1599–1641), Maes soon began to create elegant portraits of Dutch burghers dressed in fashionable clothing that reflected their wealth and status. In search of a greater pool of patrons, he returned to Amsterdam in 1673.

Maes has portrayed this unknown matron in a rather formal pose and with a neutral expression, but he softened and enlivened her image with the loose brushwork and vibrant reds of her shimmering gown. The double strand of pearls, emblems of virtue, and her sumptuous earrings proclaim the woman’s prosperity. The broad handling, a hallmark of Maes’ style, owes much to Van Dyck’s manner of painting, but rather than idealizing the sitter as Van Dyck would have done, Maes faithfully renders her countenance. The heavy gold curtain, used as a backdrop, is another reference to material wealth, while the large column and the arcadian landscape in the distance lend the whole scene a classical air.