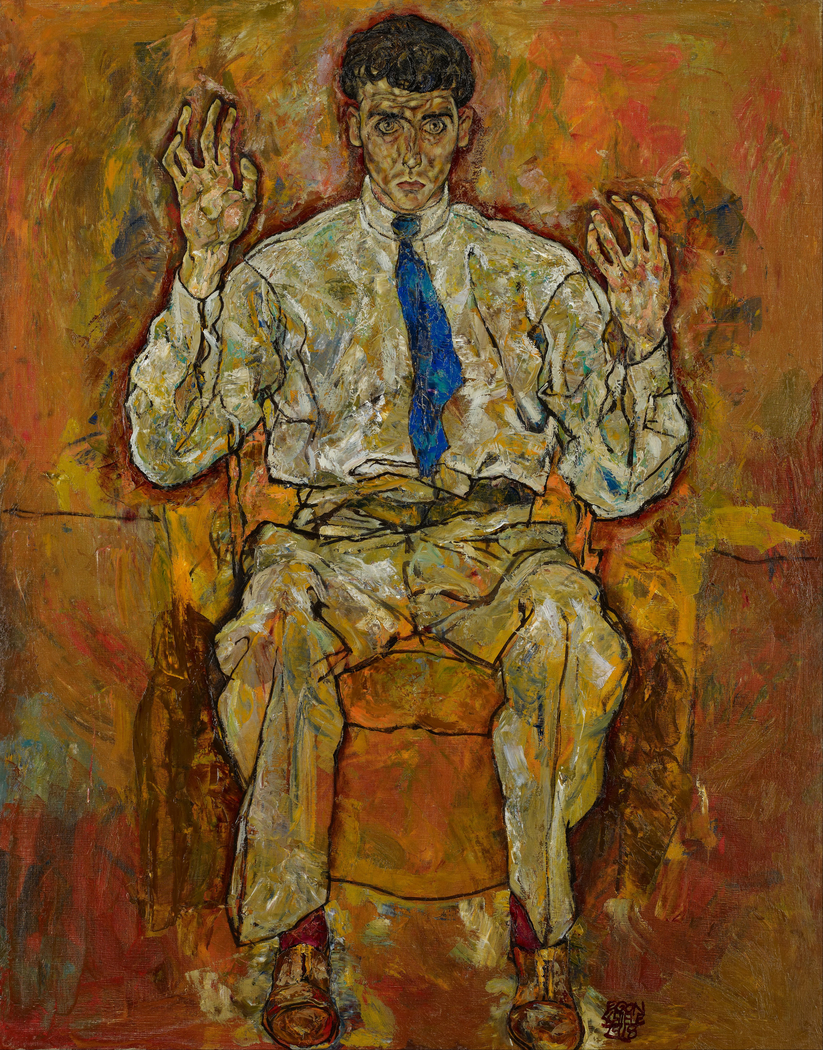 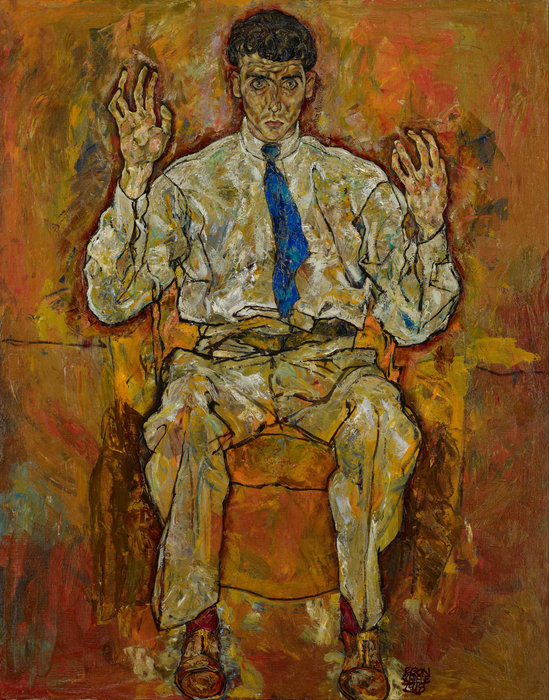 1918
Due to Schiele's death from an influenza epidemic in 1918, he never completed this painting of his friend Paris von Gütersloh. Nonetheless, it remains a masterpiece of Austrian Expressionist portraiture. Gütersloh was a painter, writer, actor, producer, and stage designer, who wrote the first study of Schiele's art in 1911. Schiele admired his friend's extraordinary intellectual and artistic talents and sought to portray him as a creative genius. With his hands elevated in a gesture of both attraction and repulsion, Gütersloh is shown with his eyes transfixed and body tense at the moment of artistic inspiration. [source]

Recent conservation of this picture was made possible by a generous contribution from an anonymous patron through the Adopt-a-Painting program.