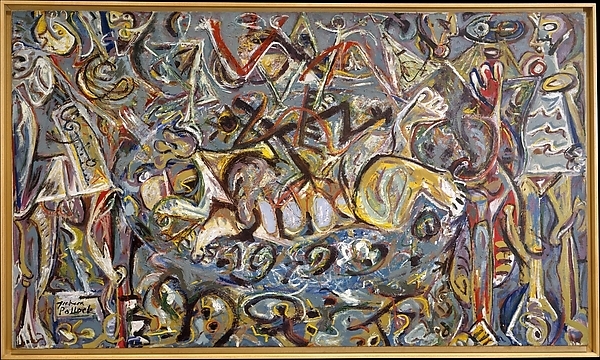 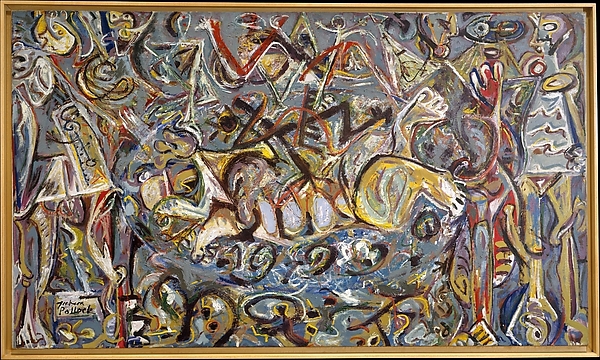 1943
Finished just after Pollock's first exhibition in 1943 at Peggy Guggenheim's New York gallery, Art of This Century, Pasiphaë is the largest of the painter's mythologically themed pictures of the mid-1940s. Originally named Moby Dick, the picture was retitled before it was exhibited in 1944 when James Johnson Sweeney, a curator at the Museum of Modern Art, related the story of the Cretan princess Pasiphaë who gave birth to the half-man, half-bull Minotaur. The Minotaur had been a favorite motif of Picasso and of the Surrealists (Minotaure had been the name of their literary magazine from 1933 to 1939, for which Picasso had designed the first cover).

Here Pollock incorporates two sentinel-like standing figures at the left and right and a prostrate figure at center. Pollock weaves these figures into a complex field of arcane symbols and free-form abstraction, his own novel interpretation of the Surrealist practice of automatism, wherein the artist's unconscious is used to organize composition. (Source: The Metropolitan Museum of Art)