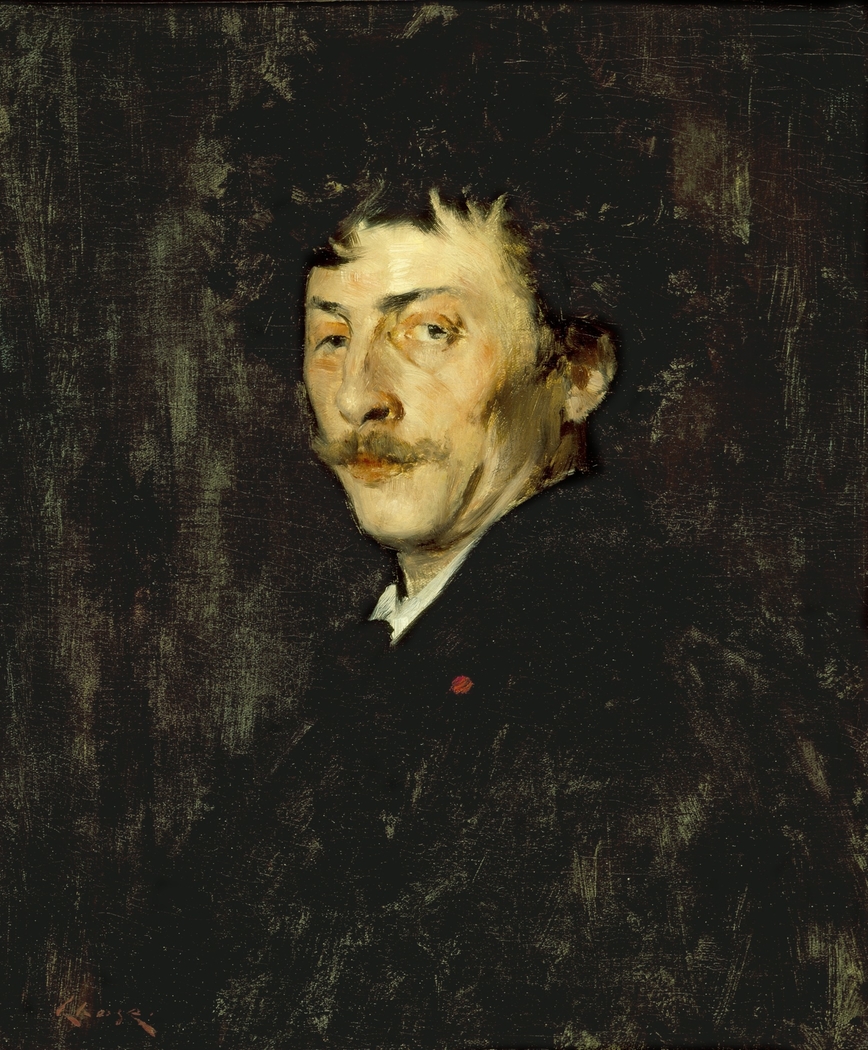 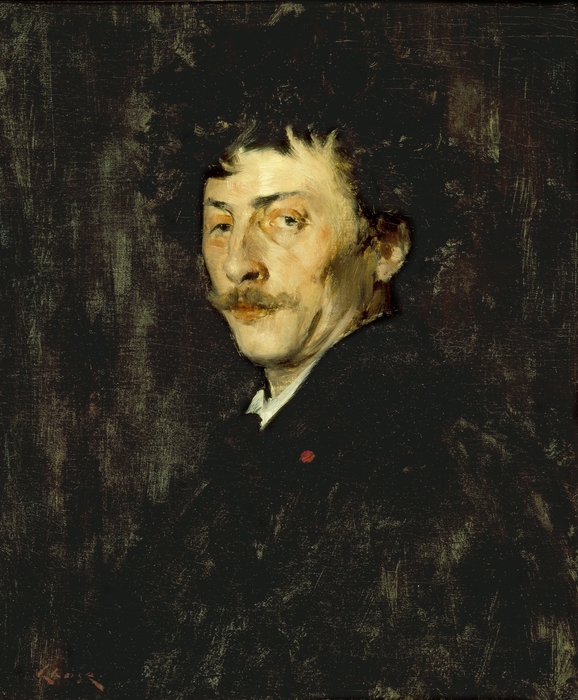 1875
Notes from the Curator:
Although the form of the signature is like that used by William Chase after about 1885, several stylistic features point to a date late in Chase’s Munich period (1872-78), especially the broadly brushed colored background, the working of the hair into an unruly mass extended beyond reasonable limits, and the overly strong, flat lighting with white high, lights-characteristics of Chase’s Munich style, which he abandoned soon after his return to New York in 1878. By leaving parts of the composition in a conspicuously unfinished state, Chase and his American and German associates in Munich drew attention to the forceful realism in the finished portions of the face, and to the fact that the rendering was achieved in just one sitting rather than as a result of two or more sessions. For instance, in subsequent revisions the artist also would have worked in the back, ground light and shadow over the extended portion of the hair, bringing the entire painting to a state of uniform finish. The clarity of vision and economy of means that produced such realistic definition and strong characterization bear witness to the technical brilliance achieved by Chase at the Munich Academy. In 1928 the subject was identified as a violinist and in 1937 as the celebrated virtuoso and composer Pablo de Sarasate (1844-1904), who toured widely during the 1870s. Chase’s subject seems older than thirty-one, Sarasate’s age in 1875, although the portrait bears a general resemblance to other images of the violinist. In 1875 Sarasate would not have worn the lapel rosette of the Legion of Honor, which may have been added at a later date. The canvas may have been stored rolled up, causing a multitude of fine, horizontal cracks to appear. Chase later may have painted over the background, hair, and costume in a uniform dark tone and again signed the painting. This is the way the portrait must have appeared when Chase exhibited it early in this century. It was necessary to remove this overpainting during conservation by the museum’s staff. [source]