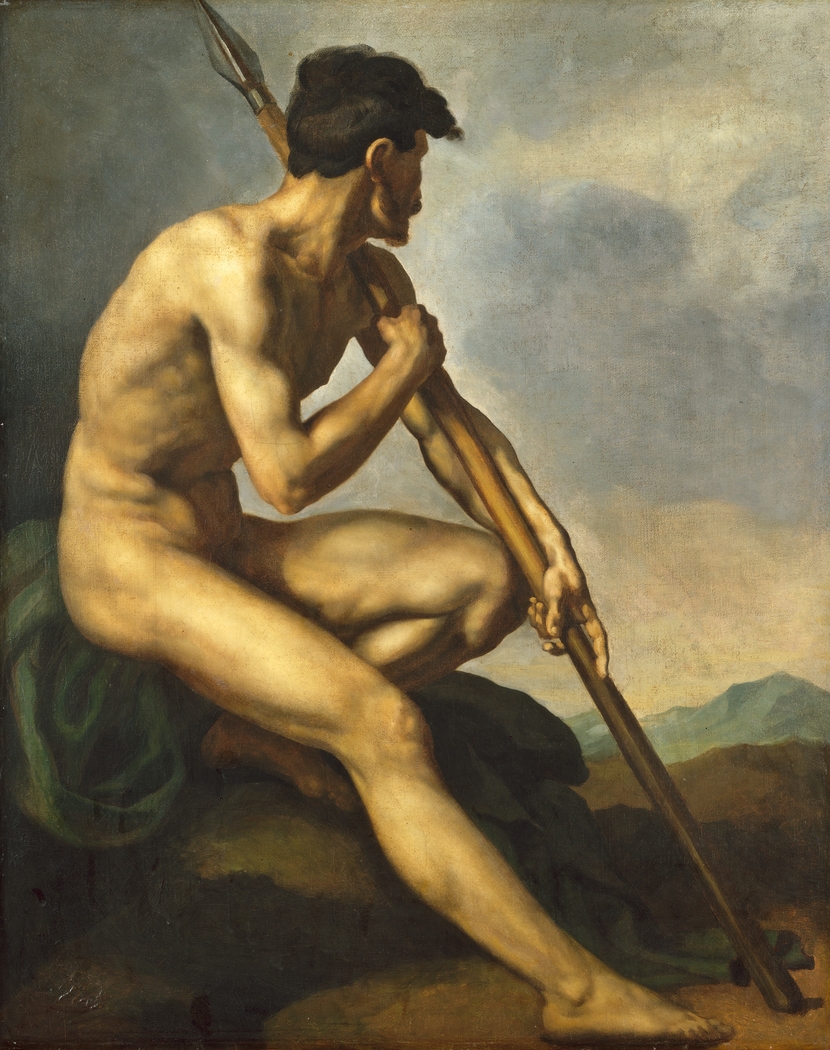 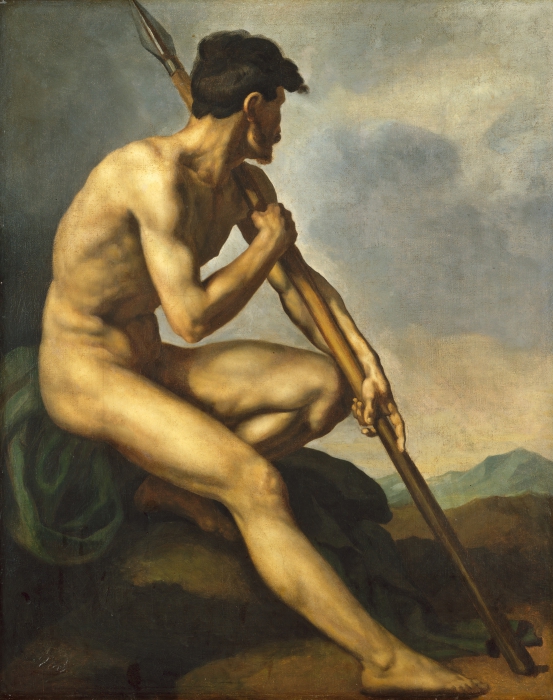 Nude Warrior with a Spear

1816
At the age of nineteen, Théodore Gericault entered the Parisian studio of Pierre-Narcisse Guérin, a successful follower of Jacques-Louis David. In Guérin's studio the young Gericault would have refined his skills by drawing from antique statues and casts in the Louvre and then after the live model as a preliminary to full-scale works.

The Nude Warrior with a Spear is a bold presentation of the male nude that to Gericault's contemporaries would have recalled an "académie," or sketch that was executed as an exercise and meant to serve as inspiration for later, more finished, compositions. In this work however, Gericault has transformed his exercise into a finished easel painting. The model's right leg, spear, and left arm constitute three parallel diagonals, and the body itself is divided into a series of interlocked triangles as can be seen in the bent right arm and left thigh. The power of the figure, however, is communicated through the head, averted from the viewer, and gazing into a barren landscape. The contrast of the figure's virile form against the empty landscape can be understood as a romantic metaphor for the defeat of France, whose vast energies were funneled into the world of the imagination following the Napoleonic wars.