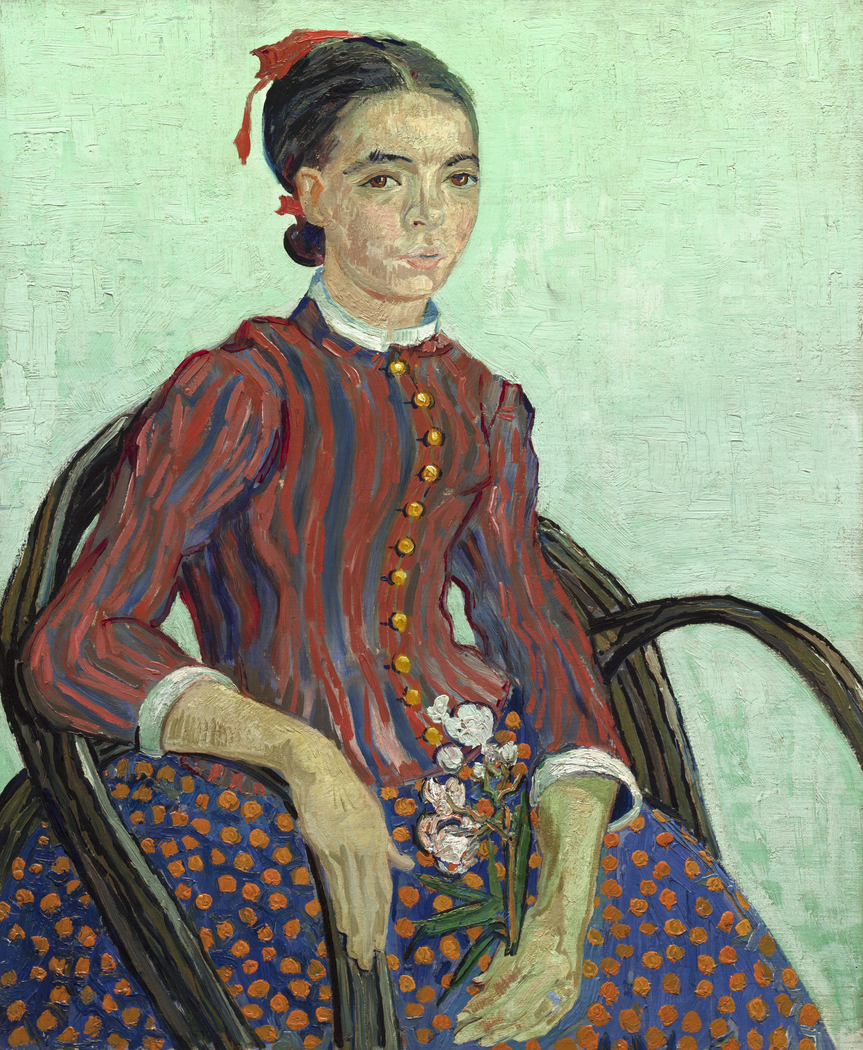 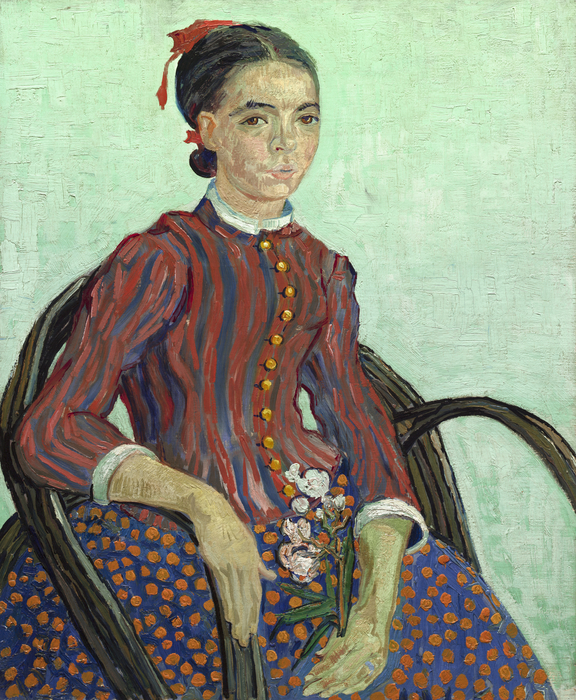 1888
The intention and determination that inform Van Gogh's art can be obscured by the sensational legends that have arisen about his life. The artist's correspondence, particularly from his brief mature period of 1888 to 1890, contradicts popular lore and attests to the deliberateness, sensitivity, and integrity of his work.

On July 29, 1888, Van Gogh wrote his younger brother Theo, an art dealer in a Parisian gallery, that "if you know what a 'mousmé' is (you will know when you have read Loti's Madame Chrysanthème), I have just painted one. It took me a whole week...but I had to reserve my mental energy to do the mousmé well." Van Gogh’s literary source was a popular novel from the period, whose story of a French man’s affair with a Japanese girl reflected the French fascination with Japanese culture. One of the book’s protagonists, a young, pretty Japanese girl, was called a mousmé in the author’s parlance, which Van Gogh took as his inspiration for this portrait of a young Provençale girl. The carefully modeled face and the vigorous linear patterns of bold complementary colors that describe the girl are stylistic devices that express Van Gogh's sympathetic response to his young sitter. In several descriptions of the painting Van Gogh mentioned the oleander buds in her hand. The significance of the flowers is unclear but may be related to the artist's pantheistic beliefs in natural cycles of birth and renewal.

Van Gogh wrote that La Mousmé was one of a group of portrait studies that were "the only thing in painting that excites me to the depths of my soul, and which makes me feel the infinite more than anything else."