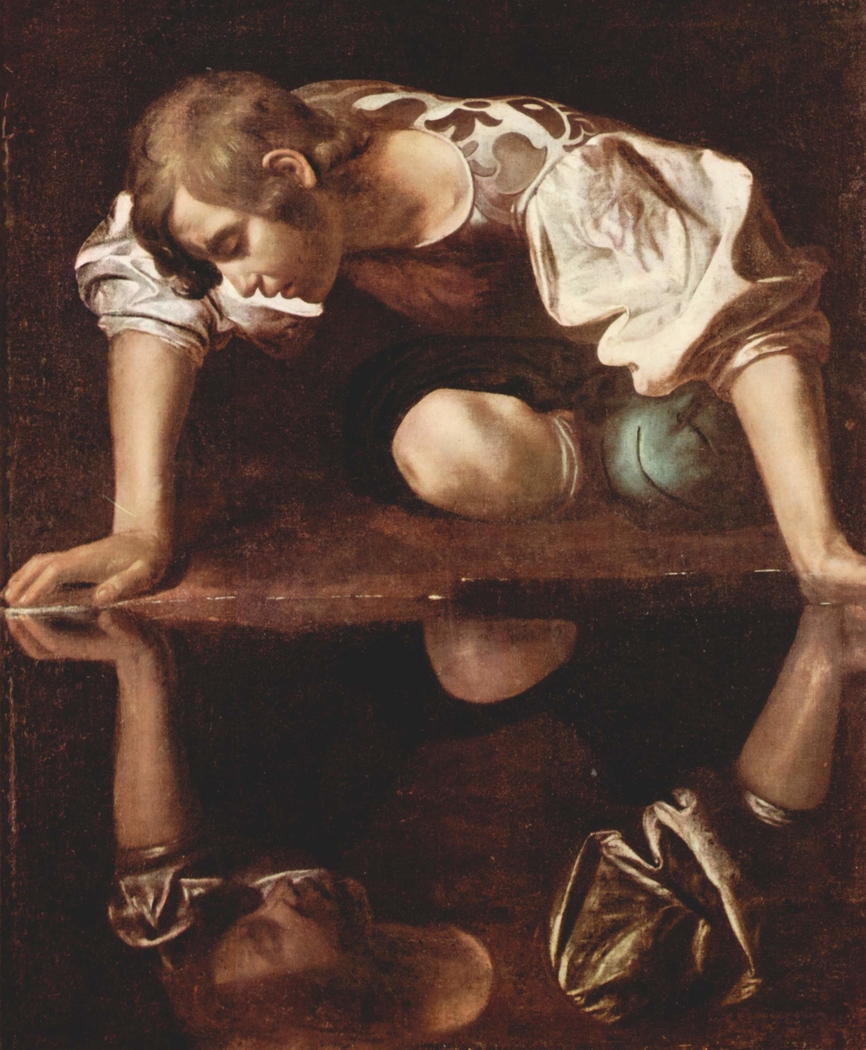 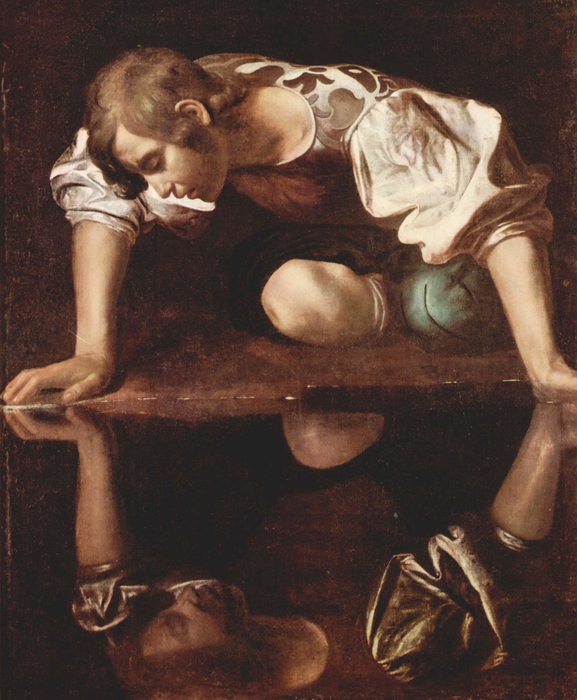 1597
The work is at the center of a long debate attributive: even the names of Manfredi, Gentileschi and Spadarino have been proposed, in addition to Caravaggio. The restoration of 1995 confirmed, however, the reference to the Lombard master, who might have made the canvas towards the end of the sixteenth century, in a period of transformation of his style: a painter, a guest at the Cardinal del Monte, began experimenting in those years sharper contrasts between areas of light and shadow in the background left. Narcissus looking at his reflection is a symbol of love of self and contains a moral admonition. The mythical child, according to Ovid's Metamorphoses, absorbed in the contemplation of himself, would die in the water in which was reflected, then is transformed into the fragile flower that bears his name.