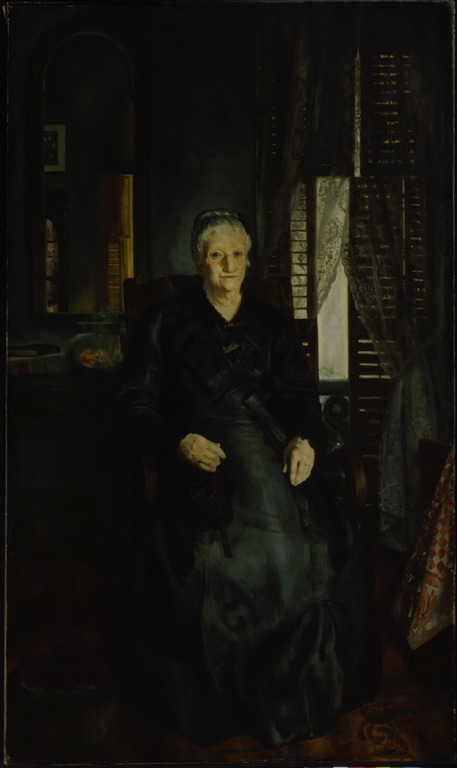 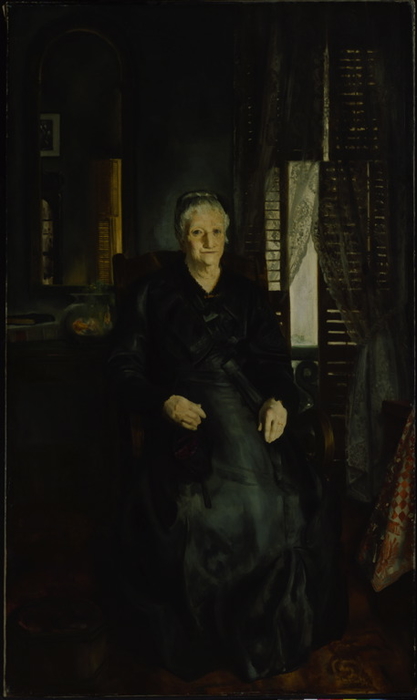 1921
“There she would sit, as in a throne,” a niece once recalled of George Bellows’s mother, Anna. In this painting, which evokes the Parisian interiors of such French artists as Édouard Manet, Bellows depicted his mother in a large chair in the Victorian parlor of their family home in Columbus, Ohio. This forthright presentation of a distinguished, elderly woman with a strong character, coupled with the subdued palette, also recalls the portraiture of Thomas Eakins, whom Bellows greatly admired. The painting’s power derives in part from its highly structured composition. Influenced by the artist Jay Hambidge’s theory of dynamic symmetry, Bellows constructed the portrait in an organized, geometric arrangement of proportionate rectangles and triangles. (Source: Art Institute of Chicago)