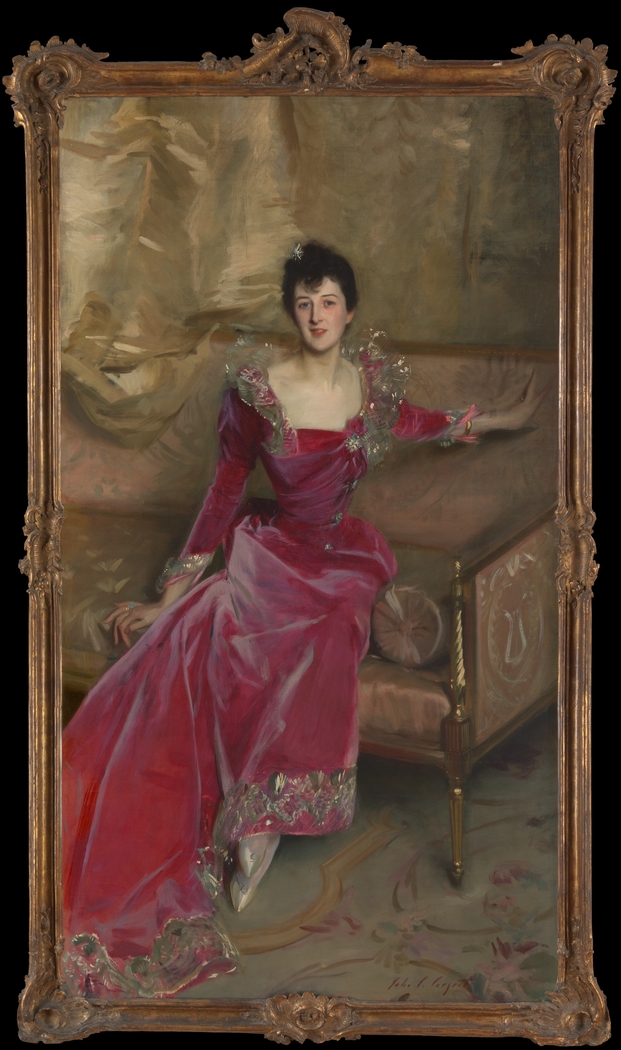 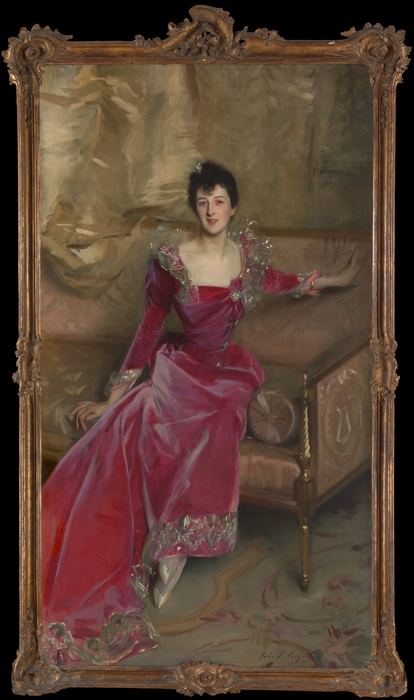 1892
Mrs. Hammersley (née Mary Frances Grant, ca. 1863–ca. 1902), wife of a banker and a fashionable London hostess, is lightly poised on an elegant French sofa. Her willowy form and candid expression suggest Sargent's ability to characterize and flatter simultaneously. Her gold-trimmed silk-velvet dress and the sumptuous setting announce his mastery of varied textures and patterns.

Mrs. Hugh Hammersley verified Sargent's skills among potential (but reluctant) English patrons when it appeared at the New Gallery in London in 1893. The positive reviews it received there and at the Salon of the Société Nationale des Beaux-Arts in Paris in 1894 finally quashed misgivings that his "Madame X" (Madame Pierre Gautreau; acc. no. 16.53) had aroused in 1884. The canvas, among the first of a series of ravishing images by Sargent of glamorous English women that culminated in "The Wyndham Sisters" (1899; acc. no. 27.67), is also a paradigm of the period's international style of society portraiture.

After Mrs. Hammersley's death her husband kept the painting until 1923, when financial reverses compelled its sale. At Sargent's suggestion it was purchased by Charles Deering, an American friend whose portrait Sargent had painted in Newport in1876 and who collected Sargent's works. It descended in the Deering family. (Source: The Metropolitan Museum of Art)