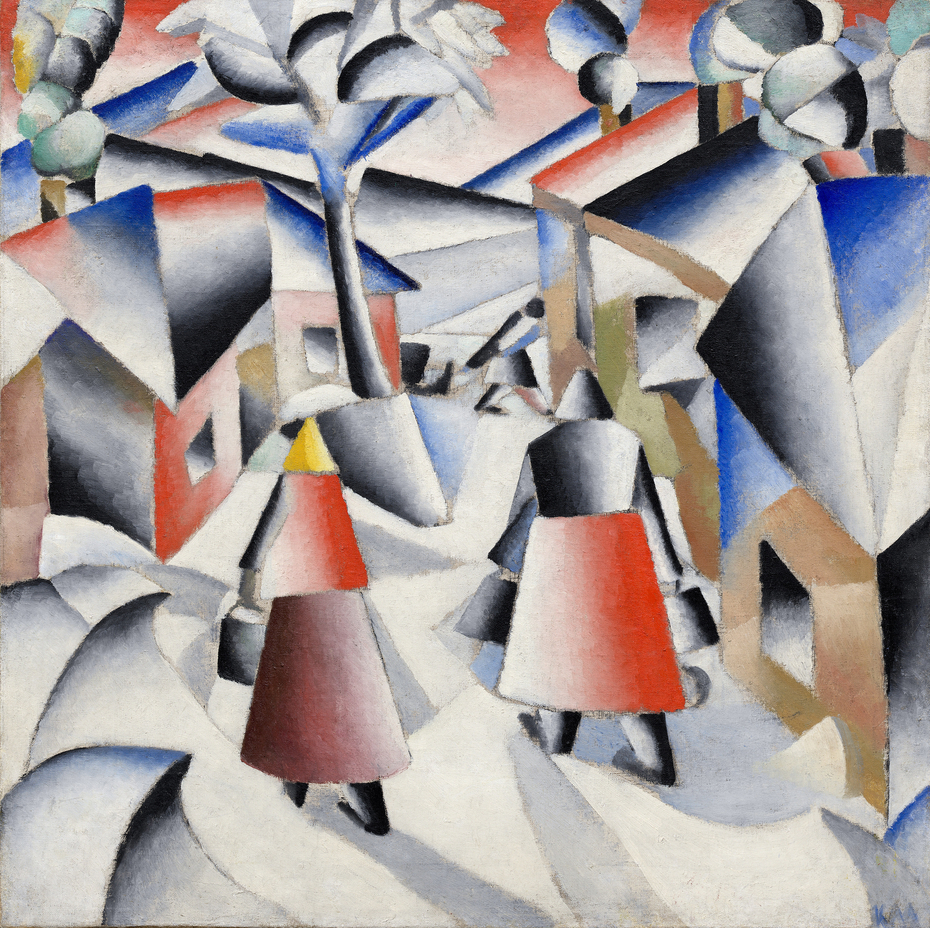 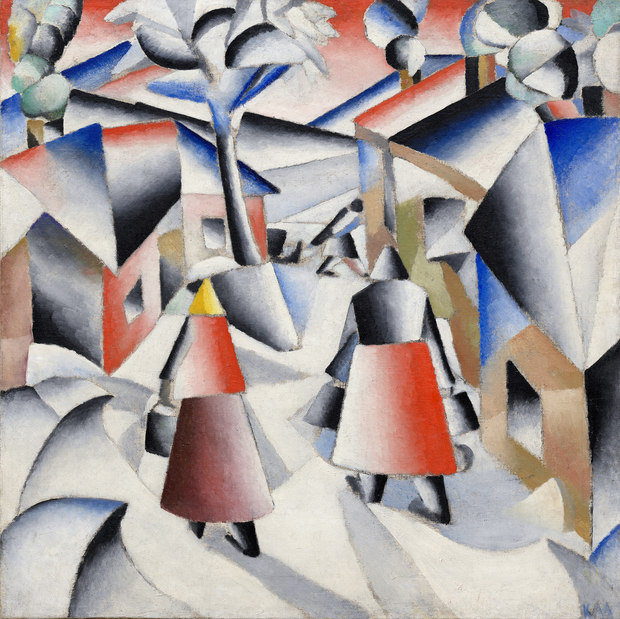 Morning in the Village after Snowstorm


The paintings of the Russian avant-garde have, in general, elicited two types of interpretation: one focuses on issues of technique and style; the other concentrates on social and political issues. The former method is usually applied to Kazimir Malevich’s early paintings, grounded as they are in the forms of Cubism, Futurism, and other contemporaneous art movements; the latter largely avoids Malevich in favor of more politically engaged artists such as El Lissitzky, Aleksandr Rodchenko, and Vladimir Tatlin.

From the formalist’s standpoint, Morning in the Village after Snowstorm is, in its mastery of complex colors and shapes, a perfect example of the newly created Russian style, Cubo-Futurism. The figures have been called a continuation of the genre types Malevich portrayed in his Neo-primitive paintings, their depiction seemingly reliant on Fernand Léger’s work, which Malevich could have known from an exhibition in Moscow in February 1912 or through reproductions. This phase in Malevich’s career has been seen as his formidable stopover on his journey toward abstraction and the development of Suprematism.

But to ignore the political and social dimensions of Malevich’s art would be a disservice. Malevich came from humble circumstances and it is clear in autobiographical accounts that vivid memories of his country childhood compensated for his lack of a formal art education. Morning in the Village after Snowstorm demonstrates that his hard-won skills as a sophisticated painter were rooted in an unmistakably Russian experience. If art can be said to augur the future, then Malevich’s repeated decision—on the brink of the October Revolution—to depict peasants cannot have been merely coincidental.