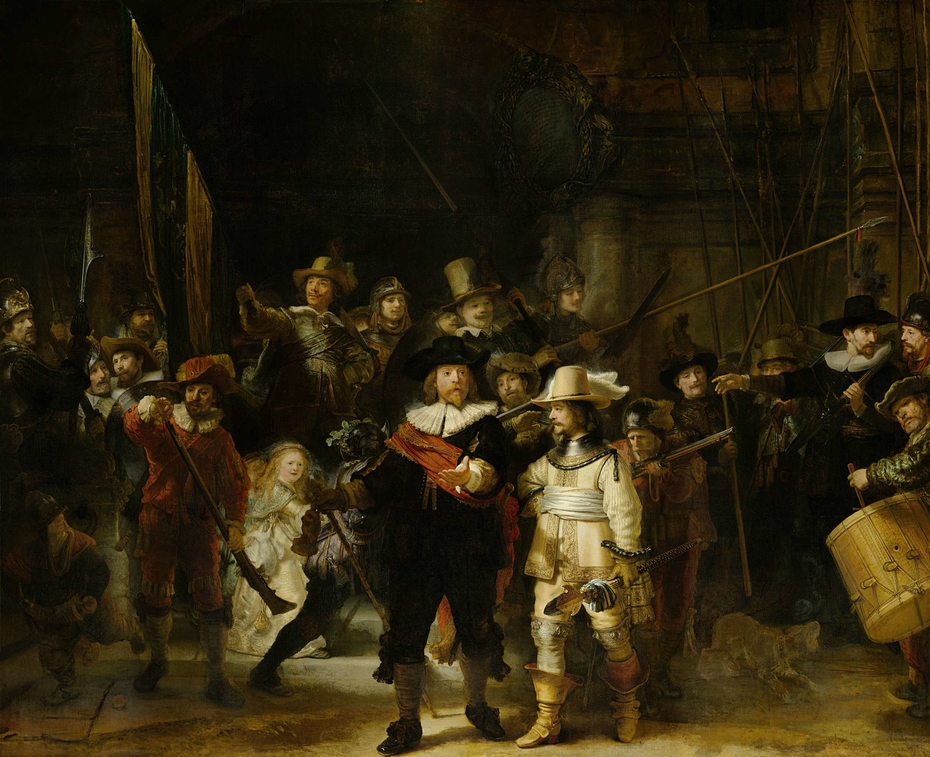 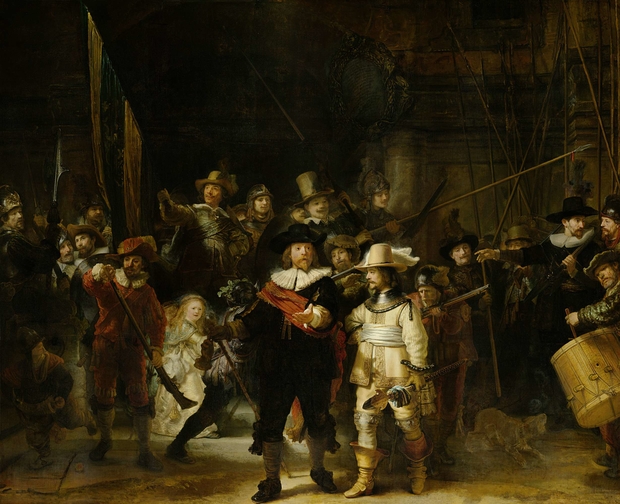 Militia Company of District II under the Command of Captain Frans Banninck Cocq, Known as the ‘Night Watch’

1642
Rembrandt’s largest, most famous canvas was made for the Arquebusiers guild hall. This was one of several halls of Amsterdam’s civic guard, the city’s militia and police.
Rembrandt was the first to paint figures in a group portrait actually doing something. The captain, dressed in black, is telling his lieutenant to start the company marching. The guardsmen are getting into formation. Rembrandt used the light to focus on particular details, like the captain’s gesturing hand and the young girl in the foreground. She was the company mascot.