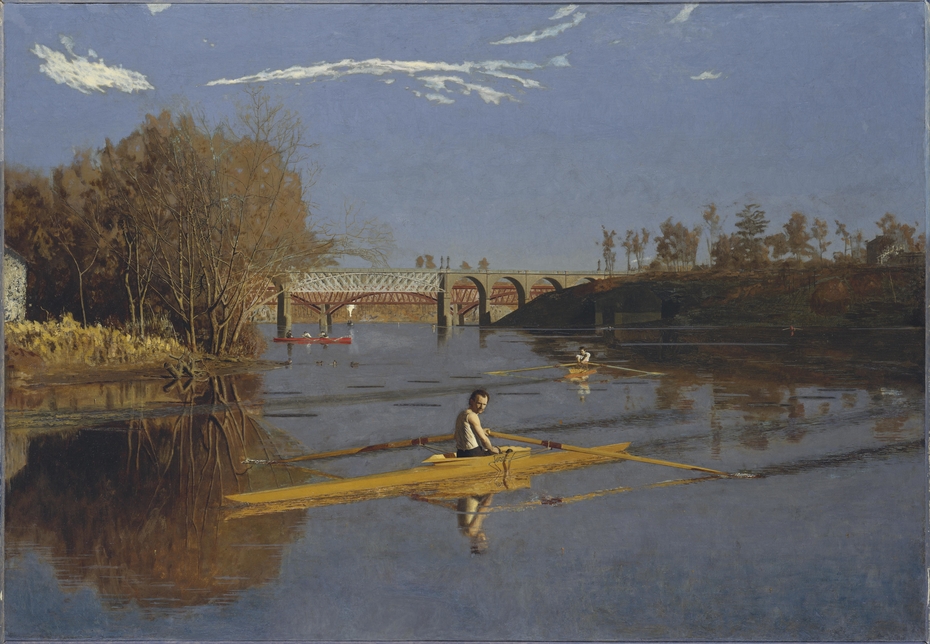 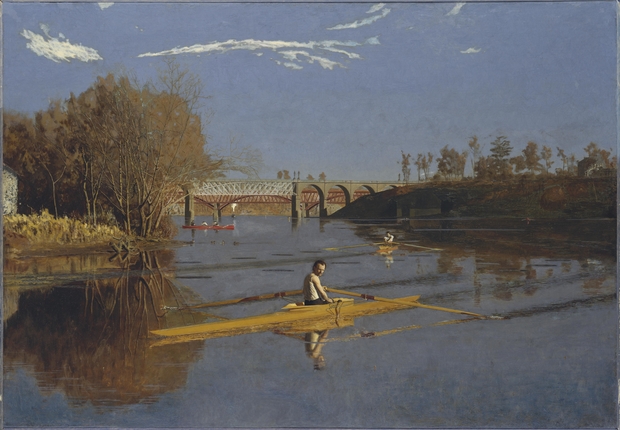 Max Schmitt in a Single Scull

1871
Returning to Philadelphia from Europe in 1870, Eakins began a series of representations of the sport of sculling, a subject for which he is uniquely identified. This is the first major work in that series of paintings and watercolors. It is believed to commemorate the victory of Max Schmitt (1843–1900), an attorney and skilled amateur rower, in an important race on the Schuylkill River in October 1870. Also an avid rower, Eakins depicted himself pulling the oars of a scull in the middle distance. (Source: The Metropolitan Museum of Art)

License:
Courtesy of The Metropolitan Museum of Art
For more:
https://www.metmuseum.org/art/collection/search/10819