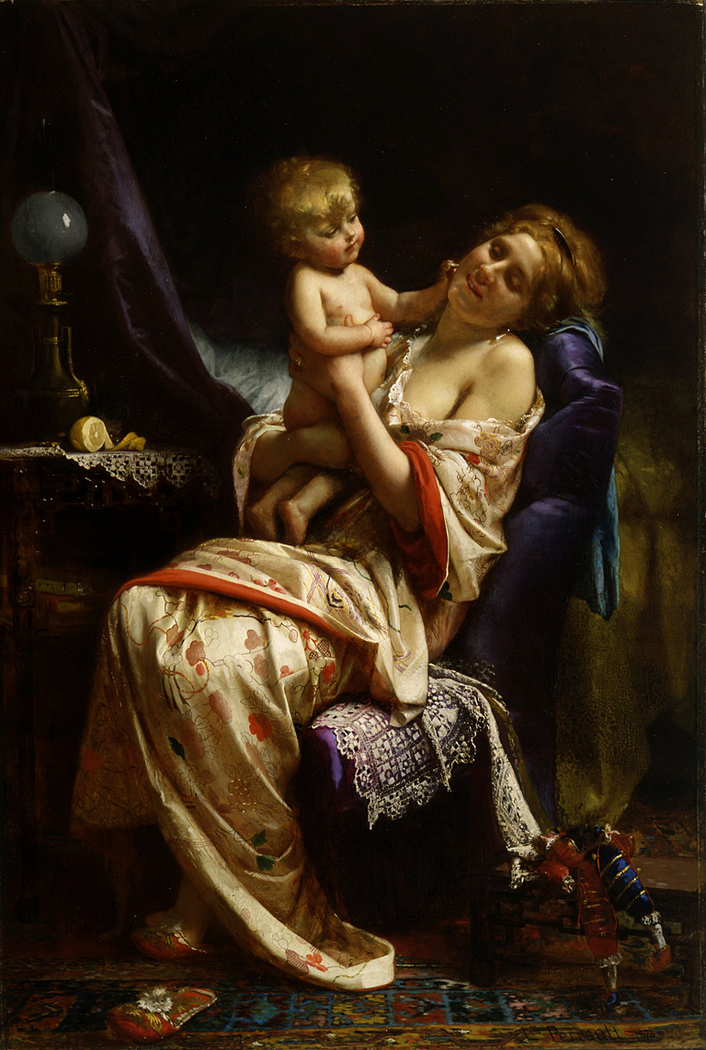 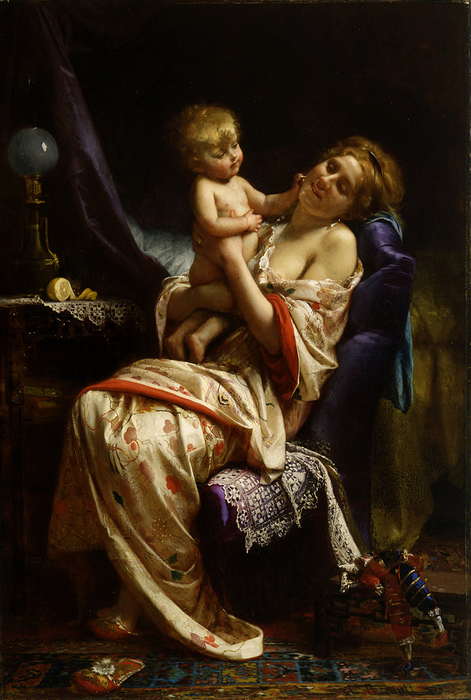 1873
Though little known abroad, Perrault enjoyed a considerable following in France as a painter of genre subjects and portraits. A student of Picot and Bouguereau, he made his first appearance in the Paris Salon in 1861. In addition to easel paintings he also produced some decorative works, including a ceiling decoration for the Marriage Chamber of the city hall of his native Poitiers.

In this interior scene that was first exhibited in the Paris Salon of 1873, Perrault shows a pretty young mother holding her young son. The child is nude and the mother wears a kimono, with her left shoulder and breast exposed.

Perrault has excelled in achieving a remarkable richness of colors and textures: the embroidered saffron-colored silk of the mother's kimono constrasts with the rich purple velvet upholstery of the chair. The vibrantly colored Oriental rug and Japanese carved teak bed, on which rests a punchinello doll, reflect the vogue for Japanese products in 1870s France. [source] 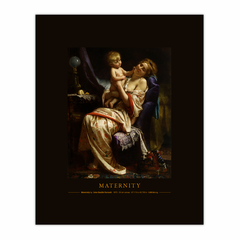