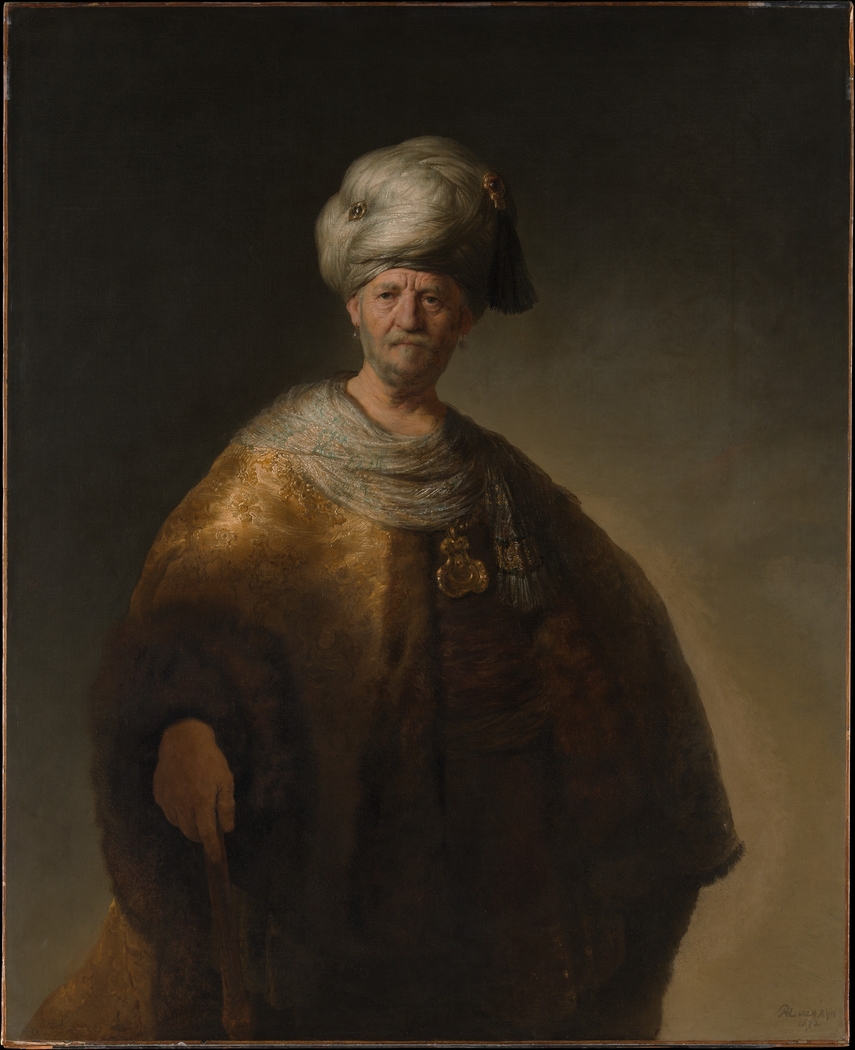 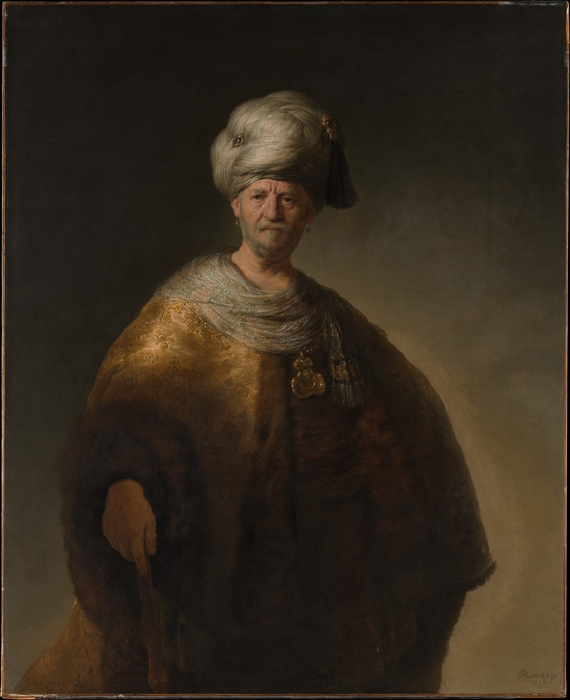 1632
Compared with Rembrandt's formal portraits of the same year, this picture is remarkable for its brilliant brushwork and dramatic illumination. It was probably painted shortly after he moved from his native Leiden to Amsterdam, and in its exotic subject and style was surely intended for a knowledgeable collector. Pictures of imaginary Persian, Ottoman, or otherwise "Oriental" princes were popular at the time because of new trade contacts between the Dutch and the Middle East. However, the model is a Dutchman who appears in other paintings by Rembrandt and by artists in his circle. (Source: The Metropolitan Museum of Art)

License:
Courtesy of The Metropolitan Museum of Art
For more:
https://www.metmuseum.org/art/collection/search/437385