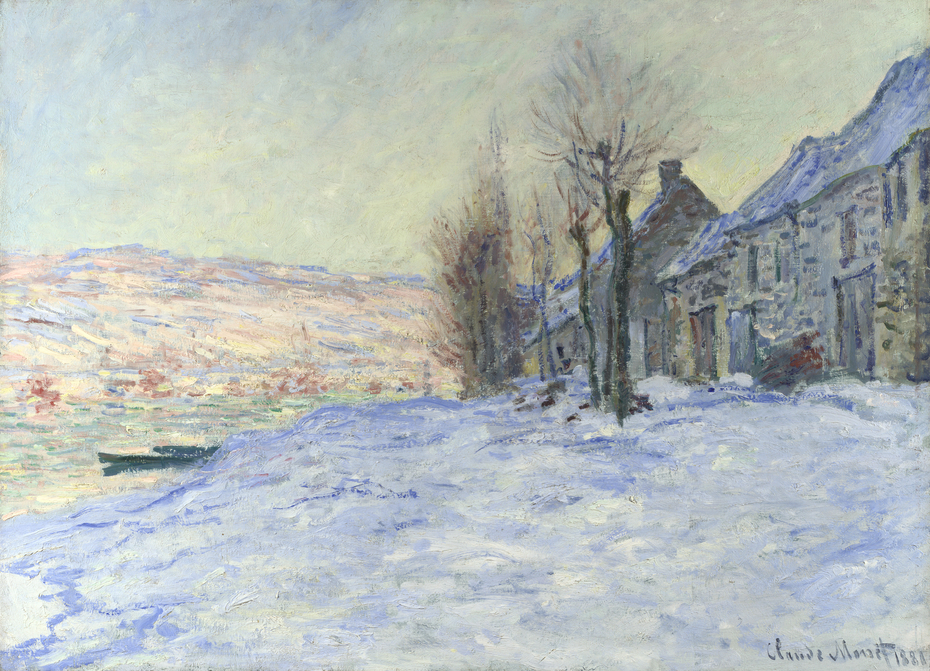 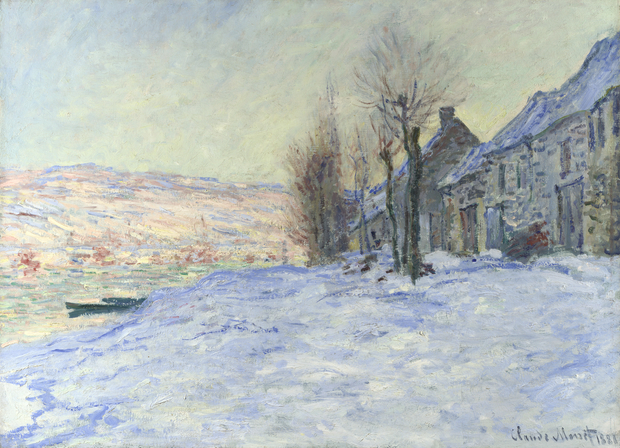 1881
This painting was originally titled Vétheuil: Sunshine and Snow in the 1908 catalogue. The scene, however, shows Lavacourt on the opposite bank of the River Seine. The most likely reason for the assumption that it was Vétheuil is the fact that Monet lived there between 1878 and 1881. When this work was exhibited at the Grafton Galleries, London in 1905, an attempt was made to purchase it by subscription so that a British public collection would acquire a painting by Monet for the first time. However, this attempt came to naught and Lavacourt Under Snow was purchased by Hugh Lane. (JO'D) The artist often signed his works long after completion, adding dates, which were sometimes inaccurate. Monet's move to Vétheuil was the start of a period of isolation from the Impressionist group as he became disillusioned with the group activities in the 1870s. At this time, Monet's financial situation was precarious and the artist and his family shared a house with a bankrupt former patron, Ernest Hoschedé. Monet did a number of similar views and it is taken from the riverbank looking upstream with some ramshackle houses on the right. In one respect, it is quite a traditional rural scene untouched by industrialisation. The composition is simple allowing the artist to focus on the light effects on the snow in the foreground. Monet was fascinated by the extremes of weather and the winter of 1879-1880 was a severe one and inspired many paintings of snow scenes.